How the JHSC Protects Our Company from Liability 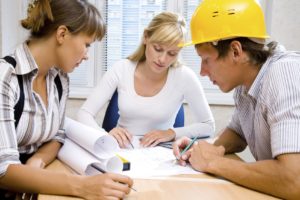 What’s at Stake: How JHSC Benefits the Company & Its Officers

Some companies believe that the only reason to have a workplace joint health and safety committee (JHSC) (or individual health and safety representative if there are fewer workers at the site) is that OHS laws require it. However, doing only as much as the laws require to support the JHSC is a critical error that overlooks the committee’s potential to not only prevent workplace injuries but also protect the company and its officers and directors from liability. Here’s how to make the case for investing the resources necessary to have a JHSC that’s robust and effective.

A Saskatchewan worker reaches into a grinding machine to remove debris. His arm gets caught in a moving part of the machine and is severed at the shoulder. The company is charged with 3 violations including failure to guard the machine and ensure that a stop device was within easy reach. The court finds that the violations did occur but still finds the company not guilty on all counts. The Reason: The company proved that it exercised due diligence to comply with the OHS laws [R. v. James Metals Inc., 1999 CanLII 12390 (SK PC)].

The Due Diligence Standard

OHS laws require reasonableness not perfection. If violations do occur, companies and their officers can avoid liability by showing they made reasonable efforts to comply with the law and particular hazards it’s meant to prevent, even if those efforts ultimately fail. The short term for this is “due diligence” and in an OHS prosecution, the defendant has the burden of proving it met the standard. The primary takeaway from the James Metals case is illustrating how having a real and effective JHSC can help companies and their officers meet this burden.

The Link between the JHSC & Due Diligence

In finding that the company had exercised due diligence, the Saskatchewan court noted that the plant made safety a priority. Specifically, the court went out of its way to point out that there was an active JHSC that held regular meetings. And the James Metals case is no aberration. Several OHS lawyers told the Insider that they’ve been able to successfully defend companies and individuals against OHS charges in case after case by showing that there was an active and effective JHSC at the workplace. Moreover, not having an effective JHSC does significant damage to a due diligence case and significantly increases liability risks.

There are 3 things an effective JHSC does to further due diligence:

1. Evidence of an Active OHS Program

An effective JHSC shows that a company has an active OHS program. This is important because the exercise of due diligence is impossible without an ongoing OHS program to identify and control specific hazards in your workplace. This principle stems all the way back to the 1978 Sault Ste. Marie case in which the Canadian Supreme Court invented the due diligence defence.

Due diligence doesn’t require you to guard against all risks, only reasonably foreseeable ones. Unfortunately, it’s not always easy to tell if the risk was foreseeable after an accident happens. It’s easy for judges, juries and prosecutors to second-guess a company in the light of hindsight. The JHSC is insurance against second-guessing. Keeping detailed minutes of JHSC meetings showing what the committee discussed and recommended and documentation of what you did in response is evidence that you responded to foreseeable risks. Conversely, showing that the JHSC didn’t voice concern about a risk helps you prove the risk wasn’t foreseeable. For example,

Example: In the space of 4 months, car seats fall from the same assembly line work station and strike a worker. As a result, the plant is charged with falling to ensure that materials don’t fall and a guarding violation. The Ontario court says the plant exercised due diligence and dismisses the charges. Key evidence: The fact that the plant’s thorough and effective JHSC but didn’t cite the falling seats as a hazard suggested the risk was unforeseeable [Ontario (Ministry of Labour) v. Magna Seating Inc., [2015] ONCJ 7 (CanLII)].

Finally, the testimony of a JHSC member on behalf of the company, officer or director can be powerful evidence against (or for) a prosecution for an OHS violation, lawyers say. This is especially true if the JHSC member testifies voluntarily.