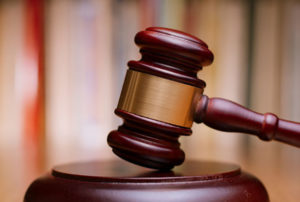 A city hires a contractor to serve as “constructor” in charge of safety and OHS compliance for a road construction project on land that it owns. A grader machine kills a pedestrian crossing an intersection in the construction zone. The incident occurs while the worker acting as signaler for the grader is away. The prosecutor charges both the constructor and the city with a slew of OHS violations. The charges against the city are for violations of its duties as a “constructor” and “employer.” We’re none of the above, the city contends. The court agrees and dismisses all the charges. The city is actually an “owner.” After all, it didn’t control the work or employ the signaler. The appeals court upholds the acquittal. But in a potential landmark ruling that goes against previous consensus on allocation of OHS liability at a multi-employer construction site, the Ontario Court of Appeal says the city may, in fact, be charged as an employer even though it’s also an owner. Explanation: Despite being an owner, the city might have exercised just enough control over the project to be deemed an “employer” under the OHS Act. A trial would have to be held to make that determination, the high court concludes [Ontario (Labour) v. Sudbury (City), 2019 ONCA 854, October 28, 2019].