Help for Employers that Struggle with Discipline for Safety Infractions 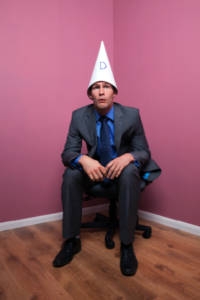 When it comes to disciplining workers for committing safety infractions, employers are caught between a rock and a hard place. On one hand, if they inappropriately discipline workers for a safety-related concern or issue, they could face reprisal claims or other grievances. On the other hand, if they don’t discipline workers who violate safety rules, they undercut a possible due diligence defence if they’re later charged with safety violations.

So it’s no wonder that many managerial and supervisory employees still struggle with the topic of discipline, says Cheryl A. Edwards, an OHS lawyer and partner at Heenan Blaikie LLP. We recently spoke to Edwards about a session on disciplining for safety that she’ll be presenting at the upcoming OHS Summit 2012.

Edwards says that her session will address both sides of the discipline coin. Although disciplinary issues and bans on reprisals aren’t new, many employers are paralyzed when it comes to the topic, she observed. They’re unsure when it’s appropriate to discipline workers for safety infractions. And they may be frustrated when an arbitrator overturns safety-related discipline. So they may just give up and not impose discipline at all, leaving themselves vulnerable if they’re charged with violating the OHS laws, explained Edwards.

The topic of discipline has taken on added significance in Ontario with recent changes to the OHS law that permit safety inspectors to investigate and refer a reprisal claim to the labour board on a worker’s behalf and where there’s now increased support by the Office of the Worker Advisor for workers who bring such claims. So although Edwards’ session is part of the Summit track for OHS practitioners from across Canada, she’ll touch on the reprisal changes in Ontario and what they mean for employers in that jurisdiction.

Employers across Canada commit many of the same errors when it comes to discipline. For example, Edwards notes that employers often don’t understand  that they don’t always have to use progressive discipline. When disciplining workers for serious safety infractions, they may be permitted to skip steps and not forced to, say, issue a written warning for serious misconduct that could have resulted in a fatality or serious injury, she explains.

Edwards also notes that supervisors may have a “mental barrier” to disciplining workers for minor safety infractions, such as not wearing PPE. They want to be liked and “not seen as a jerk” for what may be perceived as nitpicking about safety infractions.

How to Avoid Discipline Pitfalls

It’s important for everyone in the workplace to understand the fundamentals of appropriate discipline for safety, says Edwards. Front-line supervisors are the ones who typically impose discipline on workers so they clearly must know how to do so properly. But management also needs an education in this area so it can ensure that supervisors get the training, tools and guidelines on discipline that they need.

In Edwards’ session, she’ll cover the law on discipline, including both safety-related reprisals and the importance of discipline to support due diligence defences in the context of OHS prosecutions. She’ll bring these principles to life using real cases as examples of the disciplinary traps other employers have fallen into and explain how attendees can avoid a similar fate.

Edwards will also discuss the barriers to discipline and give practical advice on how to overcome them. In addition, attendees will learn how to incorporate discipline into their OHS programs. And they’ll leave the session with a chart of the key cases in this area and checklists for training front-line supervisors on discipline.

Edwards believes that OHS and HR professionals need to do a better job of ensuring that supervisors on the floor understand how to properly impose discipline on workers for safety infractions. Those who attend her session can use the tools and information she provides to effectively educate their front-line supervisors.

Insider Says: For a more information on discipline and reprisals, go to the OHS Insider’s Discipline and Reprisals Compliance Centre, which includes a special report on overcoming the reprisals challenge and summaries of reprisal cases.