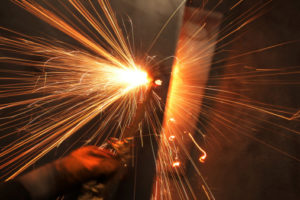 You may think that the risk of exposure to radiation is only a hazard for healthcare or veterinary workers who work with or near X-ray machines. But many types of devices emit or produce potentially harmful radiation, from industrial X-ray equipment to lasers and ultrasonic welding equipment. To protect workers from hazardous exposure to radiation from such equipment, Canadian jurisdictions require employers to implement certain safety measures either under their general OHS regulations or through laws and regulations specifically on radiation. Here’s a look at the requirements for protecting workers from radiation and the steps you should take to comply with them.

This article addresses the general requirements for protecting workers from radiation. It doesn’t cover workers employed in nuclear power plants or exposed to nuclear energy, which is regulated by federal law. It also won’t address requirements that apply only to specific types of equipment or devices.

TOOLBOX TALK HANDOUT: Download a toolbox talk handout on lasers you can adapt and give to workers.

All Canadian jurisdictions require employers to take steps to protect workers from hazardous exposure to radiation. These requirements do differ slightly among jurisdictions. But they’re generally very similar. So as always, you should review and comply with the requirements in your jurisdiction’s OHS laws and any laws or regulations specifically on radiation. But to help you ensure that you adequately protect workers from radiation, take these basic steps:

According to Health Canada, workers can be exposed to radiation internally when radioactive dust or gases get inside the body and irradiate it from within. Radioactive particles can be inhaled, ingested or absorbed through the skin. In addition, external exposure to radiation occurs when a worker has been physically close to a source of penetrating radiation, which travels through the air and irradiates the person.

To protect workers from both internal and external exposure to radiation, the radiation requirements typically apply to any workplace where:

Examples of sources of radiation that could endanger workers include:

In some ways, radiation is much like any other safety hazard. But unlike many other hazards, the dangers posed by exposure to radiation aren’t always obvious. So the OHS and related laws may specifically require you to inform workers at risk of exposure to radiation on the job of such exposure, the related risks and the safety measures taken to protect them.

For example, Sec. 6 of Alberta’s Radiation Protection Act requires employers to ensure that workers who are likely to be exposed to radiation are informed of the potential hazards of the radiation and the precautions to be taken to protect them and other persons from those hazards, including:

In addition, you may need to post signs warning all workers and visitors of the risk of  exposure to radiation in the workplace.[/learn_more]

The OHS and related laws usually specify radiation exposure limits for workers. Ionizing radiation is typically measured in Sievert (Sv) or milliSievert (mSv). These limits may vary depending on the type of radiation, equipment, body part and/or worker. For example, Sec. 7.19(1) of BC’s OHS Regulation says that a worker’s exposure to ionizing radiation can’t exceed an annual effective dose of 20 mSv and an annual equivalent dose of:

You should keep workers’ level of exposure to radiation as low as possible and certainly not exceed the designated limits. To do so, you must monitor their exposure. Monitoring is typically done through dosimeters, which are badges that measure the accumulated exposure to radiation over a period of time, usually three months.

Insider Says: Because the impact of radiation on a worker’s health may not be apparent and may develop over time, some jurisdictions require employers to conduct medical monitoring of workers exposed to radiation. For more information on medical monitoring programs, see “OCCUPATIONAL ILLNESS: A 7-Step Medical Monitoring Compliance Plan,” Sept. 2014, p. 1.[/learn_more]

Develop rules to ensure that workers safely work on or with equipment that produces or emits radiation, including while installing, repairing, operating, using, testing or otherwise maintaining such equipment. Your rules should cover, at a minimum:

As with all safety rules, you must train workers on your radiation safety rules and ensure that workers understand these rules and comply with them on the job. Which workers should get such training? You must train those workers who work with or on equipment that produces or emits radiation. You may also need to provide some training to workers who work near such equipment and so may be exposed to radiation. For example, you may need to train workers on the use of PPE when working near a co-worker who’s welding.

TOOLBOX TALK HANDOUT: Download a toolbox talk handout on lasers you can adapt and give to workers.[/learn_more]

Safe work rules may not be enough to protect workers from hazardous exposure to radiation. In some circumstances, you may also need to provide appropriate PPE. For example, if there’s a risk of injury to a worker’s skin from ionizing or non-ionizing radiation while welding, you may have to provide PPE that meets the requirements of CSA-W117.2-01 (R2006), Safety in Welding, Cutting and Allied Processes. And you may need to provide eye or face protection that meets the requirements of CSA-Z94.3-02, Eye and Face Protectors if there’s a risk of irritation or injury to a worker’s face or eyes from ultraviolet, visible or infrared radiation.

Insider Says: The PPE requirement may apply to not only workers working with certain equipment or performing certain jobs but also workers nearby who could be exposed to radiation from that equipment or job.[/learn_more]

The OHS laws require employers to report various kinds of safety incidents, such as explosions, chemical spills and fatalities. These requirements may also apply to incidents involving radiation. For example, under Saskatchewan’s Radiation Health and Safety Regs., 2005, you may have to report an accident that involves the manufacturing, testing or use of radiation equipment and causes injury to a person as well as the accidental exposure to radiation of workers or members of the public due to the malfunction of such equipment. So be sure that you have procedures in place for reporting such incidents, if required.[/learn_more]

The effects of exposure to radiation can range from tiredness, nausea and burns to cancer, birth defects and even death. And some of the most serious impacts may not be felt, observed or detected for years. So it’s critical that employers take appropriate steps to minimize the exposure of workers to radiation and monitor their exposure so that any health impacts can be caught early.

There are two basic types of radiation that could impact workers and the safety requirements may vary for each: