HAZARDOUS SUBSTANCES: How to Comply with the Federal PCB Regulations 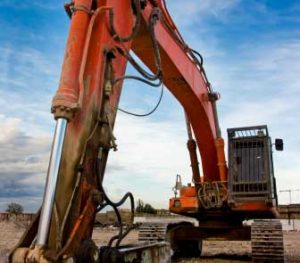 Polychlorinated biphenyls (PCBs) are industrial chemicals that were used in the manufacture of electrical equipment, heat exchangers, hydraulic systems and other specialized applications. PCBs pose a threat to the environment, particularly aquatic ecosystems, and human health. So the federal government barred the import, manufacture and sale of PCBs in Canada in 1977 and made the release of PCBs into the environment illegal in 1985. But owners of equipment containing PCBs were allowed to continue using that equipment until designated deadlines, some of which haven’t passed yet. Thus, releases of PCBs through spills and fires continue to occur. We’ll tell you why PCBs are so hazardous, how they’re regulated in Canada and what you need to do to comply with the key federal law on PCBs.

According to Health Canada, PCBs were used widely as ingredients in many industrial materials, such as sealing and caulking compounds, cutting oils, inks and paint additives. They were also used to make coolants and lubricants for certain kinds of electrical equipment, such as transformers and capacitors.

PCBs can get into the environment through accidental releases, including fires. For example, during a fire:

One of the problems with PCBs is that once released, they persist in the environment due to their chemical stability. And they accumulate in the fatty tissue of living creatures, moving up the food chain. So birds that eat fish containing PCBs will have higher concentrations of PCBs than the fish. In fact, fish, birds and marine and fresh water invertebrates are especially sensitive to PCBs. Long-term exposure to PCBs can impact these animals’ reproduction, cause cancer and have immunotoxic effects. Short- and long-term exposure to PCBs can also impact human health.

THE LAW ON PCBs

Some provincial and territorial environmental laws address PCBs. For example, BC addresses waste containing PCBs in its hazardous waste laws, Manitoba covers these substances in its transportation of dangerous goods laws and Ontario has laws on the destruction of PCBs. But PCBs are primarily regulated through federal environmental law, which sets the minimum standards across the country. In fact, the landmark Supreme Court of Canada decision that upheld the federal government’s authority to regulate on a national basis toxic substances that impact the environment involved the regulation of PCBs [R v. Hydro-Québec].

Insider Says: There are several other federal laws on PCBs. The PCB Waste Export Regulations bar the export of wastes containing PCB in a designated concentration to any country other than the US. The Export and Import of Hazardous Waste and Hazardous Recyclable Material Regulations regulate the import of waste containing PCBs in a specified concentration. And the Federal Mobile PCB Treatment and Destruction Regulations spell out the approval process required for treating and destroying PCBs on federal land.

HOW TO COMPLY WITH PCB REGULATIONS

Here’s an overview of the key aspects of the PCB Regulations you need to understand to ensure your company complies with them, if applicable.

Application of the Regulations

The PCB Regulations apply to PCBs and products containing PCBs in any concentration. They don’t apply to:

Although all of the above groups must comply with regulations, the owners of PCBs in any concentration are ultimately responsible for ensuring that all regulatory requirements regarding their PCBs are fulfilled.

Under the PCB Regulations, the following actions are prohibited:

In addition, the regulations bar the release of more than one gram of PCBs into the environment from designated equipment. Releasing PCBs or PCB-contaminated substances can result in prosecution for an environmental violation—and serious penalties.

Example: Two companies starting excavating land that was contaminated with PCBs. During the excavation work near the shore of a bay, PCB-contaminated sediment was released into a wetland. The two companies and their president were convicted of environmental offences for the release and fined a total of $659,000. The president was also sentenced to four months in prison [R. v. James Sinclair, Thermosets Ltd. and Demolition and Recycling Inc.]

If you do release PCBs into the environment, you must report the release. That report must contain the following information:

Manufacture, import, export, processing, use or sale of PCBs. The regulations state that no one may:

But there are exceptions to the above bans. For example, provided that certain conditions are met, the PCB Regulations do permit you to:

Storage of PCBs. The regulations required PCBs and products containing PCBs that weren’t processed daily or used to either be sent for destruction to an authorized facility or stored at a PCB storage site. And it set deadlines for the storage of PCBs to end. As the last storage deadline has already expired, the storage of PCBs is now barred.

Use of Equipment Containing PCBs

The PCB Regulations permit companies to continue to use cables, pipelines, electrical capacitors and other equipment containing PCBs that were already in use when the regulations took effect (Sept. 5, 2008) until specified deadlines:

In addition, a person may continue to use a liquid containing 2 mg/kg or more of PCBs to service equipment containing PCBs.

The regulations spell out labelling, recordkeeping and reporting requirements:

Recordkeeping. The following persons must retain records demonstrating that they manufacture, process, use, sell, offer for sale, import or export PCBs or products containing PCBs in compliance with the PCB Regulations:

And the owner of equipment containing PCBs that’s still permitted to be used must maintain inspection records regarding such equipment. You must maintain all records for at least five years from:

Reports. Annual written reports summarizing the inventory of equipment containing PCBs still in use and progress towards end-of-use deadlines and elimination must be submitted to the federal Minister of Environment by:

Reports must also be submitted by anyone:

The content of the required reports varies. In general, you must submit them on or before March 31 of the year after the calendar year for which they were prepared. You may submit these reports in writing or through the PCB Online Reporting System. And you must retain copies of them for at least five years from the date of submission.

If your company is still using equipment that contains PCBs, you should start phasing out their use by replacing them with equipment that doesn’t contain PCBs. This process could be lengthy and there are no more extensions available for the end-of-use deadlines, which may come up faster than you think. In the meantime, make sure that the company properly labels equipment containing PCBs, retains the required records for the equipment and submits the required annual reports on it.