Government Could Be Liable for Undue Delay in Environmental Assessment Process 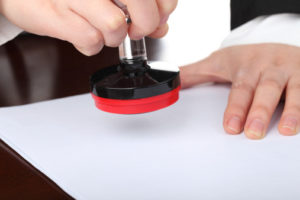 Projects may require environmental permits, authorizations or approvals, such as if they may impact a body of water or an environmentally fragile area. To get those permits or approvals, you’ll likely have to go through an environmental assessment, which can be a lengthy, complex and costly process. And if the process takes too long, the proposed project could fall apart. That’s what happened to a company in BC, which sued the federal government for an unreasonable delay in the issuance of an authorization. Here’s a look at a recent decision in that case that permits it to proceed to trial.

What Happened: A company applied for an authorization under the Fisheries Act from Fisheries and Oceans Canada (DFO) so that it could fill in ravines for a private commercial development. The DFO denied the authorization because it would result in unacceptable harm to a fish habitat. After two additional requests, the DFO reconsidered the application, conducted an environmental assessment screening under the Canadian Environmental Assessment Act (CEAA) and eventually issued the authorization. But it took 993 days between the initial application and receipt of the authorization. And by that time, the project’s financing had collapsed. So the company sued the federal government for negligence and misfeasance in public office, arguing that it suffered economic loss from the unreasonable delay in completing the environmental assessment process. The government asked the court to dismiss the lawsuit, but it refused. The government appealed.

What the Court Decided: The Court of Appeal for BC refused to dismiss the lawsuit, ruling it could go to trial.

The Court’s Reasoning: The government argued that the purpose of the authorization process was “to protect the environment and federal fishery resources and not to advance the profit-seeking interests of developers.” Thus, it didn’t “owe a duty of care to those seeking to profit at the expense of the environment.” But the appeals court found that, based on the goals in the CEAA regarding economic development, the government must conduct environmental assessments with regard to multiple interests, including environmental, economic, public and private interests. Environmental protection and private interest in economic development aren’t irreconcilable interests, explained the court, and the law doesn’t bar the government from considering a private company’s interests. The government could choose to prioritize environmental interests over private economic interests and thus extend the amount of time the assessment process took. But if, as the company argues here, the undue delay in the issuance of the authorization wasn’t due to a policy decision but to negligence or incompetence, the government could arguably be held liable for violating a duty of care to the project’s proponent [Carhoun & Sons Enterprises Ltd. v. Canada (Attorney General), [2015] BCCA 163 (CanLII), April 21, 2015].

This decision merely permits the company’s case to go forward—it could still lose its lawsuit on the merits at trial. But the appeals court ruling is still notable because it acknowledges that private interests are, in fact, relevant to how the environmental assessment and authorization process is undertaken. Companies shouldn’t rely, however, on the possibility of collecting damages from the government for unreasonable delays in this process. Instead, they should take steps to minimize delays where possible and have backup plans in place in the event delays occur anyway.