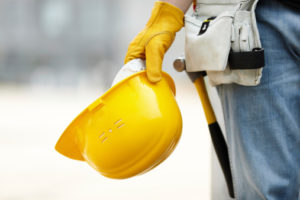 I just wanted to know if an operator of a front end loader or an excavator needs to have followed a training course or be in possession of an operator’s certificate of qualification if working on a construction site in Ontario?

Sec. 96 of the Construction Projects Reg. says, “No worker shall operate a vehicle at a project unless he or she is competent to do so.” Exception: a worker being trained in the vehicle’s operation may operate it while being instructed and supervised by a competent person.

The Reg. defines “competent worker,” in relation to specific work, means a worker who:

(a) is qualified because of knowledge, training and experience to perform the work;

(b) is familiar with the OHS Act and with the provisions of the regulations that apply to the work; and

(c) has knowledge of all potential or actual danger to health or safety in the work.

It defines “vehicle” as a vehicle propelled by mechanical power and includes a trailer, a traction engine and a road-building machine.

Based on the above, a front-end loader or excavator would be considered vehicles and thus may only be operated by competent workers. A worker would likely be considered competent if he passed a training course on operating that equipment or possessed an operator’s certificate of qualification for that equipment. But a worker could also be considered competent if he received other training, such as on the job training by a competent person. Bottom line: Provided a worker fulfills the definition of “competent worker” as to the operation of a front-end loader or excavator, he may operate such equipment.