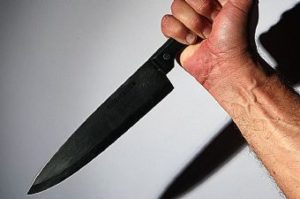 A man who went on a bloody stabbing rampage at a Toronto office when he was fired was found not criminally responsible for his actions. The former employee was charged with three counts of attempted murder, four counts of aggravated assault and four counts of assault with a weapon. Four people were taken to the hospital, two with life-threatening injuries. Evidence was presented at his trial that he suffered from a mental illness at the time and had been carrying knives with him before the incident because he thought he was being watched by “an organization” that was out to get him. The judge said, “I am satisfied on a balance of probabilities that Mr. Li was not criminally responsible by reason of mental disorder—but by a very narrow margin” [Chuang Li, Sept. 8, 2015].