Forklift Operator Gets His Suspended Driver’s Licence Back 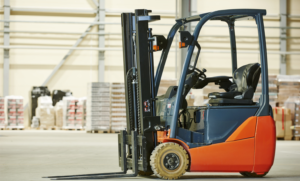 Trying to make ends meet, a forklift operator decided to risk driving while his licence was suspended so he could make some extra money performing cleaning working during the holiday season. Of course, he got caught. But getting arrested turned out to be not all negative to the extent the operator learned about the Service New Brunswick program for getting his licence back. After doing everything right, the operator was awarded when the court restored his licence. Lifting the suspension wouldn’t harm the public interest, said the court citing the operator’s need to drive himself to work, the fact that he wasn’t impaired when he engaged in the traffic violation that got him into hot water and his diligence in completing the Auto Control Course and having an interlock device installed and regularly recalibrated [Richard v. Registrar of Motor Vehicles, 2021 NBQB 195 (CanLII), September 16, 2021].