The Focus of Canadian Agricultural Safety Week 2017 Is on Adults 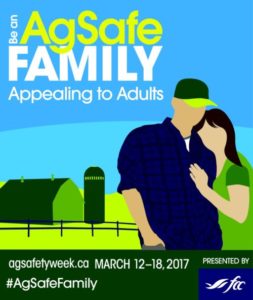 Next week, March 12-18, 2017 is Canadian Agricultural Safety Week, which is intended to raise awareness of health and safety issues in the farming industry. The focus of this year’s campaign is on appealing to adults (kids were the focus last year).

Why is there a whole week devoted to safety in this particular industry? Because safety on farms, ranches, etc. is a serious issue but doesn’t get the attention that it does in industries such as construction and mining.

Canada is the fifth largest agricultural exporter in the world. But did you know that an average of 84 Canadians are killed each year in agriculture-related incidents? Here are a few examples:

The OHS Insider has agriculture-specific resources you can use to keep your farm and ranch workers safe, including:

Want access to all the Canadian safety compliance resources that the OHS Insider has to offer for agriculture and other industries, including articles, infographics, tools and other resources? Sign up for a free trial membership now! [/box]