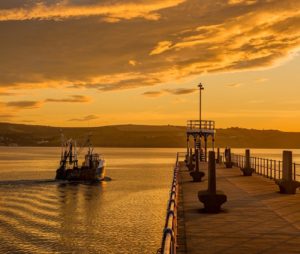 While the fishing vessel Katsheshuk II was on route from the Funk Island Bank to Bay Roberts, a worker died while exiting a shrimp holding tank on the vessel’s factory deck. He’d just inspected the tank, which had previously been cleaned by another worker. The fishing company was charged with eight OHS violations, including failing to ensure that powered equipment has controls positioned to prevent inadvertent activation, that machinery was locked out before maintenance was conducted and that a worker didn’t enter a confined space until he was qualified to do so, safety precautions were documented and an attendant was in place [Ocean Choice International Inc., Govt. News Release, Jan. 24, 2014].