Was Firing Appropriate for Failing to Disclose Medical Marijuana Prescription? 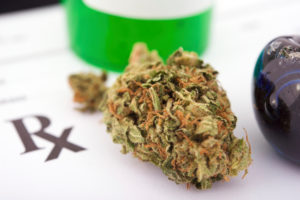 A construction worker at a remote worksite had a prescription for medical marijuana to control chronic back pain and anxiety. He only disclosed to his employer his prescription after a manager smelled marijuana in a truck he drove. In fact, when he was hired, he intentionally didn’t disclose the prescription on a medical questionnaire. Although the worker said he never smoked at the site or during work hours, he was fired. An arbitrator upheld the firing, so the union appealed. The court noted that the arbitrator had found that the worker didn’t use marijuana at the site nor was he impaired on the job, but his possession and failure to disclose his use constituted just cause for termination. The court found that although the arbitrator’s decision was reasonable, he didn’t even consider whether lesser discipline was appropriate. So the court sent the case back to the arbitrator for an assessment of whether termination was appropriate in the circumstances or if an alternate sanction, together with appropriate accommodations, should be considered  [International Brotherhood of Electrical Workers, Local Union 1620 v. Lower Churchill Transmission Construction Employers’ Association Inc. and Valard Construction LP, [2016] CanLII 84114 (NL SCTD), Dec. 5, 2016].