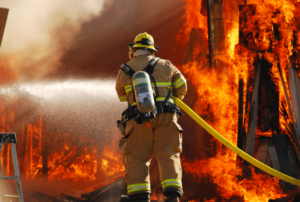 A firefighter suffered a heart attack within 24 hours of being called out to a reported brush fire, which turned out to be a false alarm. His workers’ comp claim was denied. On appeal, he argued that the firefighters’ presumption as to heart attacks applied. The Appeals Commission agreed. It explained that the presumption applied if a firefighter has a heart attack after “attendance at an emergency response.” The stress associated with this job begins when the alarm goes off. So although the emergency this firefighter responded to ended up being a false alarm, the stress nonetheless impacted his cardiac health, concluded the Commission [Decision No.: 2014-0828, [2014] CanLII 72936 (AB WCAC), Dec. 9, 2014].