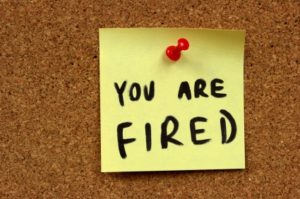 After imposing a series of increasingly longer suspensions on a worker for various misconduct, the city finally fired him. The union filed a grievance on his behalf, challenging all of the discipline imposed on him and claiming the city discriminated against and harassed him. The arbitrator upheld his termination. Although the worker was a long-time employee, he had a “terrible work record, which includes insolent and insubordinate acts” and reflects “an employee who is ungovernable,” said the arbitrator. His conduct, viewed as a whole, indicates a repudiation of his obligations to the city and a complete breakdown in the employment relationship, and demonstrates utter contempt for management. Notably, the worker didn’t accepted responsibility for his actions, apologize or show any insight or remorse. Instead, he tried to explain away his conduct. So the arbitrator concluded that the city had just cause to fire him [Toronto (City) v. Toronto Civic Employees Union, Local 416 (Balchand Grievance), [2015] O.L.A.A. No. 337, Sept. 7, 2015].