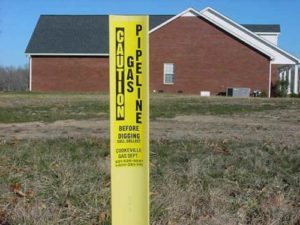 Workers were installing a new section of natural gas pipe inside a natural gas distributor’s pressure regulating station when they noticed gas leaking from a previously installed section of pipe. The site was evacuated. The gas ignited, resulting in a fire. No one was injured. The gas distributor pleaded guilty to failing to ensure that acceptable fabrication practices were used and was fined $50,000. The contractor on the project had previously pleaded guilty and been fined $50,000 [Enbridge Gas Distribution Inc., Govt. News Release, April 2, 2012].