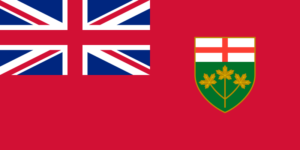 To address the Ontario Workplace Safety and Insurance Board (WSIB)’s huge funding deficit, in late 2012, the government appointed the Arthurs Commission for recommendations on how to reform the workers’ comp system.

In Jan. 2011, the Commission issued a Green Paper outlining the WSIB’s situation and the key issues the panel planned to address. On May 4, 2012, it released its final report. Here’s an overview of the Commission’s recommendations.

The report also recommends that the WSIB adopt and publish a formal funding policy that outlines its key elements and the principles that are to govern premium rate setting. And the WSIB should publish an annual supplement to the policy that stresses the factors affecting rates for the following year.

Costs borne by Schedule 1 employers. The government should review the requirement that the WSIB reimburse the Ontario Health Insurance Plan for providing routine medical services to injured workers and the MOL for the cost of safety education, accident prevention and workplace compliance provided by the MOL. Instead, the costs now borne by Schedule 1 employers should be spread among all employers whose workers enjoy access to similar services or are covered by the same programs. If that’s not feasible, the government should consider relieving the WSIB of these obligations and instead providing full replacement funding from the consolidated revenue fund.

As to Schedule 2 employers, the WSIB should satisfy itself that they’re making an appropriate contribution to its non-benefit costs.

Setting premium rates. In terms of setting premium rates, the Commission recommends that the WSIB set these rates on the basis of the actual costs of providing insurance coverage to employers, not on the basis of affordability. Accordingly, Sec. 96(3) of the Workplace Safety and Insurance Act (WSIA) should be changed to delete the language that bars the WSIB from charging premium that unduly or unfairly burden “any class of employers.”

The report recommends that the MOL not interfere with rate setting except in designated exceptional circumstances and using adopted procedures. The WSIB should announce the annual average premium rate for the following year as soon as possible in the year and no later than July.

Rate groups. The report recommends that the existing system of rate groups and industry classes be replaced by a new system of “sectoral groups,” which should be used to set premium rate and organize accident prevention, safety education and return-to-work programs. The WSIB and the Chief Prevention Officer should define the sectoral groups together, building upon existing safety groups, employer associations and other similar organizations. And to avoid the marginalization of small firms, the WSIB should consider a separate small business sector.

Health safety and insurance officer. To ensure that workers know and are able to exercise their rights under the WSIA, the Commission recommends that each employer be required to file with the WSIB the name of a designated Health, Safety and Insurance Officer (HSIO). That person’s acts or omissions will be deemed to be those of the employer. If an employer doesn’t designate an HSIO, the president or CEO will be deemed to hold that office.

Employers should assign responsibility to the HSIO for ensuring compliance with the WSIA and other OHS laws and for filing an annual statement on the employer’s behalf recording all workplace accidents and certifying that the employer has complied with the law. HSIOs should also ensure that workers get information about their WSIA rights.

Most notably, the report recommends that HSIOs be held responsible for the acts or omissions of all agents, advisors or advocates representing the employer on WSIB matters.

Deterrence of reprisals. To enable the WSIB to detect and punish anyone who interferes with workers’ rights to claim compensation or return to work, the report recommends, among other things, that employers who violate the WSIA or other OHS laws should be automatically ineligible for favourable premium adjustments or rate rebates for at least a year. In addition, the WSIB should get enhanced power to impose administrative penalties for reprisals.

The commission also recommends that:

The report also makes other recommendations in these areas and on occupational diseases and partially disabled workers.

The report recommends that many of these changes be phased in over years. And some of them will require amendments to the WSIA. So don’t expect to see any immediate changes to the workers’ comp system in Ontario. But given the government’s speedy response to the recommendations from the Dean Panel, such changes are clearly on the way—and probably sooner than you think.

Go to the Ontario OHS Reform Compliance Center to stay on top of the latest developments in Ontario, including both the OHS reform process and workers’ comp reform.