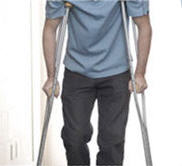 After working for an extended time while kneeling, a worker stood up and felt a pain in his right knee. He didn’t immediately report the injury for fear that it would result in the laying off of his whole crew. Twelve days later, he saw a doctor and was diagnosed with a torn meniscus, which required surgery. His workers’ comp claim was denied, so he appealed. The Appeals Commission disregarded the worker’s delay in reporting the injury because he had 24 months to report it under the law. The Commission added that experiencing symptoms of an injury at work doesn’t mean work was the cause of those symptoms. It found that the act of kneeling for an extended period followed by standing doesn’t meet the definition of a work hazard. The worker’s right knee meniscal tears weren’t causally related to his work duties and so weren’t compensable, ruled the Commission [Decision No: 2014-0574, 2014 CanLII 34849 (AB WCAC), July 2, 2014].