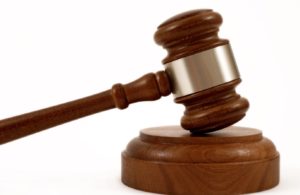 While the new COVID-19 public health rules and emergency orders to prevent workplace infection will be the immediate imperative, OHS directors of federally regulated employers will also have their hands full complying with new workplace harassment and violence and confined spaces law. And new penalties for failure to comply, including Administrative Monetary Penalties (AMPs) of up to $50,000 per violation raise the stakes higher than ever. Here are the 3 most important new federal OHS laws you need to know about.

On January 1, 2021, federally regulated companies became subject to the country’s most demanding workplace harassment and violence regulations. The Bill C-65 compliance checklist is extensive and includes working jointly with the JHSC to:

COVID-19 distractions didn’t stop the federal government from completely overhauling its OHS confined spaces regulations. The rules, which took effect on January 1, 2021, establish a new class of “hazardous confined spaces” requiring extra safety measures. They also require employers to coordinate their safety policies and procedures with those of contractors working at the site where confined spaces are located.  In addition, they create new obligations with regard to surveying and inventorying of confined spaces, emergency procedures, atmospheric monitoring, training, hazard assessment and record keeping. Click here for a summary of the changes and how to comply with them.

On January 1, 2021, the federal jurisdiction became the eighth to authorize AMPs for OHS offences (AB, BC, MB, NS and the 3 territories are the others). AMPs are like traffic tickets that enforcement officials can hand out in addition to shutdown orders and fines. And unlike OHS fines, due diligence isn’t a defence against an AMP, at least not under the new federal law. Be sure to let your corporate execs know that corporate officers or other individuals who “directed, authorized, assented, acquiesced in or participated in” the violation can be held personally liable for AMPs The maximum AMP depends on the type of offence and who commits it, as illustrated by the table below:

It’s not just the money. The new OHS enforcement regulations also inject an embarrassment element by authorizing the MOL to publish the names of employers that commit violations, the offence(s) they commit and the AMP amount.

Air Canada was on the receiving end of that dubious distinction. The problem began when a 24-year-old worker at a Toronto airport lost control of the baggage tractor he was operating. The tractor flipped over and the driver side door swung open. Because there was no seat belt, the worker was tossed from the vehicle which then landed on top of him and crushed him to death. Air Canada pled guilty to failing to take adequate preventive measures to address hazards of moving operating equipment (under Section 148(1) of the COHS Regulations) fined $100,000, plus another $100,000 for a charitable contribution. In exchange, the Crown dropped 4 other COHS charges [Air Canada, Govt. Press Release, August 19, 2020].