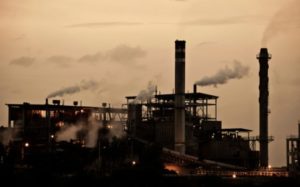 Reducing emissions from coal-fired electricity—which is responsible for 11% of Canada’s total GHG emissions and 77% of emissions from the electricity sector—is an important step toward meeting the country’s 2020 target of reducing GHG emissions to 17% below 2005 levels. So back in June 2010, the federal government indicated its intention to target the electricity sector, particularly coal-fired plants. After holding consultations with key stakeholders, the government announced proposed regulations in Aug. 2011. On Sept. 12, 2012, it published the final regulations, which set strict performance and emissions standards for coal-fired power plants. Here’s an overview of the Reduction of Carbon Dioxide Emissions from Coal-fired Generation of Electricity Regulations.

Key Dates: The regulations, which were published in the Canada Gazette Part I on Sept. 12, generally take effect on July 1, 2015. But some sections take effect Jan. 1, 2013 and one section takes effect Jan. 1, 2030. The owner or operator of a regulated coal-fired power unit must register it by Feb. 1, 2013. And new units must be registered within 30 days of their commissioning dates. (Schedule 1 spells out the information required at registration.)

Who the Regulations Apply to: The regulations apply to:

Key Requirements: The regulations are divided into two key sections:

Reporting requirements. Part 2 sets out requirements for the reporting, sending, recording and retention of information. For example, regulated facilities must submit annual emissions reports by June 1 of the following year. Schedule 4 spells out the information required in these reports.

Regulated entities are subject to enforcement and compliance requirements and penalties set out in the CEPA. For example, government inspectors will be authorized to inspect covered facilities to ensure their compliance with the regulations.

In the first 21 years, the government says the regulations should result in a cumulative reduction in GHG emissions of about 214 megatonnes—the equivalent of removing about 2.6 million personal vehicles per year from the road. In addition, the regulations should improved overall air quality. But critics argue that the final regulations weaken the restrictions contained in the proposed regulations and don’t go far enough. Meanwhile, the federal government is working on equivalency agreements with provinces such as BC, ON, NS and SK that have their own regulations on coal-fired plants.