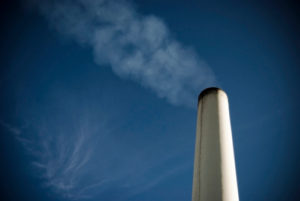 Under the Copenhagen Accord, Canada committed to reducing its greenhouse gas (GHG) emissions by 17% from 2005 levels by 2020. In 2013, the country’s GHG emissions were just 3.1% lower than 2005 levels. And 2020 is now less than five years away. So some work remains to be done to achieve that goal.

The government has taken certain steps to reduce overall GHG emissions to meet the 2020 goal and those measures will stay in place. In addition, the Environment Minister announced the government’s intention to develop new regulatory measures to achieve the new target, including regulations:

Note that the provinces and territories have their own emissions-reduction targets and the authority to take action within their own jurisdictions.

In fact, Ontario beat the federal government to the punch by announcing its own GHG reduction target for 2030 a day earlier, on May 14, 2015.

Ontario already had a goal to reduce GHG emissions by 15% below 1990 levels by 2020 and 80% by 2050. To help achieve its long-term targets, the province is now committed to a new mid-term target to reduce emissions by 37% below 1990 levels by 2030. (Unlike the federal government, the province uses 1990 as a baseline year for its targets, which is common in the international community and aligns with the UN Framework Convention on Climate Change.)