Fatigue, Sleep Apnea May Have Been Factors in NY Train Derailment 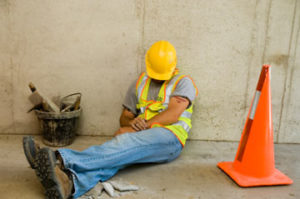 On Dec. 1, 2013, a Metro-North train in New York derailed as it flew around a curve with a 30 mph limit at about 82 mph. Four people died and dozens were injured. Clearly speed was a factor in this incident.

But it also appears that the engineer nodded off while behind the wheel, so to speak. And some have speculated that he might have sleep apnea, which could have lead to his fatigue.

According to WebMD, sleep apnea occurs when your breathing is disrupted during sleep. Men, overweight people and people over 40 are at greater risk for sleep apnea. Untreated sleep apnea can cause hypertension, stroke or heart failure—and result in fatigue. (If you’re experiencing excessive daytime sleepiness, snoring or “stop breathing” episodes in your sleep, contact your health care professional for a sleep apnea screening.)

It should be clear by now that workers who aren’t getting enough sleep can pose a safety hazard on the job. For example, according to one study, workers who work nights or rotating shifts may be twice as likely to get hurt on the job as workers on day shifts, largely due to fatigue.

But too many employers cling to the belief that once workers leave the workplace, they stop being the employer’s concern. But if your workers aren’t getting enough sleep at home, say, because they do shift work, that fatigue can impact them on the job, resulting in slow reaction times and other hazardous behaviour.

So if fatigue is impacting your workers, you should learn how to implement a fatigue risk management system, including a Model Fatigue Management Policy.

In addition, read about the hazards of drowsy driving and how employers can be held liable if an exhausted worker gets into a traffic accident after his shift. Plus, here’s a Model Notice on recognizing the signs of fatigue you can give to workers.

And if safety isn’t enough to motivate senior management to address worker fatigue, explain to them how fatigue hurts the company’s bottom line.