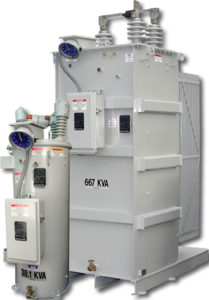 A crew of five utility workers were replacing a voltage regulator. They removed the existing regulator without incident. But as they were moving the replacement regulator, which weighed 15 tonnes, into its final position, its movement stopped because rollers weren’t fitting properly beneath it. A worker placed wooden blocking and mounted a jack to lift the regulator. As it was being raised, the jack slipped and the regulator tipped forward, trapping and crushing the worker. He succumbed to his injuries. The MOL found that no written procedure existed for the jack-and-roll process. The utility pleaded guilty to failing to ensure that materials or equipment at a project were moved in a manner that didn’t endanger a worker and was fined $325,000 [Hydro One Networks Inc., Govt. News Release, Jan. 13, 2015].