Family of Workplace Violence Victim Sues Employer in US 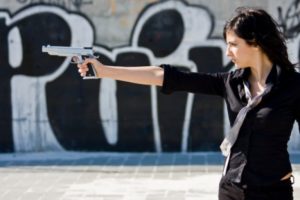 On Sept. 27, 2012, Andrew Engeldinger pulled a gun at a meeting in which he was being fired from Accent Signage Systems and killed Jacob Beneke, four other co-workers and a UPS deliveryman before killing himself. It was Minnesota’s deadliest workplace shooting.

Now Beneke’s family is suing the company, claiming it botched the firing and should have known from Engeldinger’s work history that he was potentially dangerous.

The company had repeatedly cited Engeldinger for offensive behavior, tardiness and poor job performance. He was told a week before the attack that executives wanted to meet with him about his employment.

In fact, on the day of the attack, Engeldinger was reminded about this meeting and allowed to go to his vehicle before it started, which is when he got his gun. (Consider explicitly banning weapons from the workplace.)

Beneke’s family, including his parents, wife and young son, also contends that Accent Signage should have known Engeldinger had violent tendencies, was mentally ill and could hurt or even kill others. And they say the company should’ve known that he owned guns and thus that a shooting was foreseeable.

The lawsuit argues that the company acted carelessly and negligently when it gave Engeldinger advance notice about his possible firing and let him go to his vehicle before it. Lastly, they claim that the company should’ve taken security precautions and trained its employees how to fire someone.

Glenn French, President and CEO of the Canadian Initiative on Workplace Violence, makes the same point in this article on threat assessment teams (TATs). He explains that terminating an employee can be a high risk situation. In such circumstances, you may want to have protocols in place in the event he responds violently, including having him escorted out of the building by security and having the police on site, says French.

To learn more about TATs and how you can use them in your workplace, attend this Feb. 20, 2013 webinar in which French will walk you through using a TAT to assess specific, targeted threats at your workplace.

You can also go to the Workplace Violence Compliance Centre for more information on the workplace violence requirements under the OHS laws and how to comply with them.