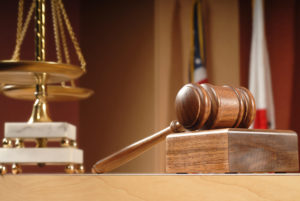 A jury convicted a former employee of a Vancouver Island mill of two counts each of first degree murder and attempted murder after using a sawed-off shotgun to kill two former co-workers and injure two others. The defendant fired a single shot at Michael Lunn as he arrived at work and then went to the mill’s office where he shot Tony Sudar in the face and both Fred McEachern and Earl Kelly in the back. McEachern managed to hit him over the head with a chair but later died from his injuries. The Crown argued that revenge motivated the defendant to carry out the attack after he was laid off in 2008 and wasn’t rehired two years later [Kevin Addison, Sept. 28, 2016].