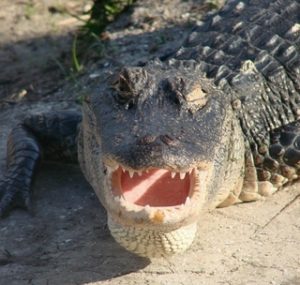 In Las Vegas at SeminarFest 2012, I attended an excellent presentation by Tom Courtney CSP and Todd Conklin PhD on integrating human performance improvement into work planning so people don’t have to be seriously injured or die before enhancements are made to the OHS system. The material I’m about to discuss is condensed from their one-day seminar.

Firstly, let’s define human performance. Peter Senge defines it as “a process of aligning and developing the capacity of a team to create results: a dialogue that stimulates thinking together.” Courtney and Conklin advocate the use of learning teams to involve workers in analyzing OHS system failures. Such teams are most effective when they involve four or five employees who concentrate on the following when looking into a safety incident:

We operate in an imperfect world. But often when we plan, we plan for the perfect world, not the real world. It’s essential that we look at the factors that lie dormant in any system, that is, the latent factors that can contribute to an incident if triggered. Workers are rarely causes of incidents. More often, they trigger a series of latent conditions that eventually lead to the incident. Sometimes an incident occurs because of a change or deviation from the normal way of doing things. These deviations are called active triggers and activate the latent factors into contributing to the cause of an incident. Let me illustrate this weighty concept with a real life example.

Six times a day for 16 years, a Florida alligator wrestler wrestled a 300-pound gator and, as the grand finale, stuck his head into its jaws, safely removing his head and wowing the crowds who came to see him. He would first illustrate how something as small as a twig or bug would trigger the alligator’s jaws to automatically snap shut, crushing anything inside. Then he would pry apart the alligator’s jaws and stick his head in its mouth.

It’s important to know that this system worked well for a very long time. The wrestler managed the risk so successfully because he always used the same alligator in his act and, based on his experience, knew how not to trigger the alligator’s jaws from snapping shut.

But one particular day, it was hot and humid and the wrestler was sweating as usual. The crowd was cheering in anticipation of his big finale. But this time, he only wiped one side of his face to sop up the sweat. He placed his head in the alligator’s jaws and the jaws snapped shut, trapping him in its sharp teeth and vice-like grip. The crowd panicked while the trainers tried futilely to pry apart the alligator’s jaws. They finally used a wooden stake to snap apart the jaws and rescue the wrestler. Dazed and bleeding, he remarkably survived with permanent damage to his face and his hearing.

So let’s figure out what the active trigger was that precipitated these events.

Remember—this system was very effective for 16 years. So what made this day different? The weather in Florida is usually hot and humid, so although weather can be a latent factor, it was no different that day than any other. The same alligator was used. And the crowd’s presence was no different.

The system failed because the wrestler didn’t wipe both sides of his face. He’d always wiped both sides—in fact, it was almost habitual. But on this day, he didn’t. As a result, a droplet of unmopped sweat fell into the alligator’s mouth and caused it to automatically snap shut its jaws. Thus, the droplet of sweat was the active trigger.

What Can We Learn?

In the alligator incident, the sweat hazard seems obvious but it was only obvious afterwards. Before this event, the wrestler hadn’t planned for it. So what can we learn from this incident? What tools would make us succeed in planning for hazards we can’t imagine happening?  In other words, if we can plan for error, than we can prevent the error. How do we do that?

One important tool is the checklist. For example, aircraft pilots use checklists and even surgeons are adopting this practice.

First, the learning team should break a job that poses a safety hazard down into its critical steps. It should use a flow chart to map out these steps and think of all of the potential errors that could happen at each one and the possible results of those errors. Also, it should identify those risk reduction steps that could prevent errors from creeping into the system. This process will help the team develop a checklist of steps that, if followed, will prevent workers from getting injured. Checklists make a complex task simple and should be easy to complete so that workers actually use them.

So in conclusion, what can we learn from the story of the alligator wrestler? Learning teams can be very useful in evaluating a hazardous job to identify where things could go wrong, what would happened if they did and what can prevent the worst from occurring. For example, a learning team assessing the wrestler’s job and this incident could create a checklist of steps he must take before inserting his head in the gator’s mouth, one of which would be to thoroughly wipe his entire face of sweat to prevent dripping.

Courtney and Conklin are very passionate about error-proofing safety by integrating human performance improvement into job planning. After taking their course, I’m going to recommend that companies create learning teams to three-dimensionally analyze safety incidents by working backwards from the incident, thinking of the context that the worker operates in and his/her mindset.

Does your organization have learning teams? And are they effective?

Ms.  Barbara Semeniuk BSc. CRSP is President of Purcell Enterprises Ltd., a loss control management firm that specializes in health and safety auditing, and a member of the OHS Insider Board of Advisors. If you wish to discuss this article, call her at 780-951-0867 or email her at bls1284@telus.net.