ENVIRONMENTAL VIOLATIONS: A Look at Sentencing Factors Applied in an Actual Case 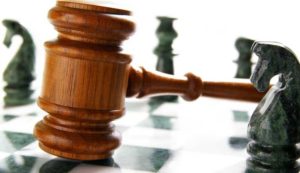 A company was hired to replace a water line along a street. Once the line was replaced but prior to going back into service, the company had to pressure test, disinfect and then flush out the water line. To disinfect the line, it was filled with a super-chlorinated water solution and left to sit for 24 hours. A worker then flushed the super-chlorinated water from the line, through a fire hydrant and to a fire hose, where it ran into the sanitary sewer line that drains into the town’s sanitary treatment facility. After an hour and a half, the worker switched the hose so the water would drain into the storm drain, which flowed to the river. There were soon complaints of a strong bleach smell by the river.

After an investigation, the company pleaded guilty to violating the Fisheries Act by depositing a deleterious substance into water frequented by fish. The Crown requested a $150,000 fine, while the defence argued that a fine between $5,000 to $15,000 was more appropriate.

In determining the appropriate sentence, the Provincial Court of Alberta looked at the following factors:

Culpability. In general, the more careless the defendant, the higher the range of appropriate sentence; the more diligent its conduct, the lower the appropriate range, explained the court. In this case, although the company didn’t exercise due diligence, there was little evidence of significant culpability.

Damage done to the environment. The extent of actual harm is relevant and aggravating. Damage to property that can be remediated or compensated with money is less aggravating than harm to human or animal life or to the environment. But absence of harm is not mitigating, pointed out the court, especially in environmental cases where the gradual effect of cumulative actions often makes it difficult to measure actual harm.

The court added that the potential for harm is also relevant, such as the likelihood of the risk of harm, the likely magnitude of the damage should that risk materialize and the sensitivity of the site in question. For example, potential damage to a delicate or vulnerable site or species that’s not easily remediated can be aggravating.

Here, it seems most of the super-chlorinated water was vacuumed away and that little—if any—actually reached the river. There’s also no evidence of actual harm to fish life or habitat. However, the evidence was that fish are very sensitive to chlorine and the gradual impact of cumulative actions shouldn’t be underestimated.

In this case, from the time the discharge of the super-chlorinated water was discovered, there’s no suggestion that the company was anything but fully co-operative. For example, it directed all employees to co-operate with the investigation and paid for the full costs of clean up ($6,600). In addition to pleading guilty, the company has since changed its policy and practice for dealing with super-chlorinated water, added the court. The new strictly-worded policy requires all disinfecting super-chlorinated water to be drained only into the sanitary drain unless there are written instructions from an engineer. This new policy recognizes the potentially harmful effects of all chlorinated water and should help ensure that this sort of incident doesn’t recur.

Deterrence. This factor requires consideration of the size and nature of the defendant. For example, a very large public corporation requires much more substantial fines to achieve the goal of deterrence, explained the court. The potential fine can’t be regarded by the defendant merely as a cost of doing business or a licensing fee for illegal activity, especially if commission of the offence allowed it to save time or money. In short, it should be cheaper to comply than offend. In addition, the penalty imposed should have a deterrent effect on others in the industry who might risk offending

One consideration as to this factor is that although the company is a small family-owned business, the contract for replacement of the water line was worth over $2 million in gross revenue.

Any profits realized from the offence. There was no evidence the company profited in any way from the violation.

Any prior record of environmental violations. A long history of environmental offences can indicate that the defendant is more concerned about profit than compliance and can be an aggravating factor. But, noted the court, everyone agrees that this factor doesn’t apply here. Despite approximately 30 years in business, the company has never been charged under the Fisheries Act or any other environmental law.

Based on the above and noting that the maximum fine for the offence was $300,000, the court concluded that a $25,000 fine was appropriate for the company.

Insider Says: For an in-depth look at the law on sentencing, see “Environmental Violations: What Factors Can Impact Your Company’s Sentence?”