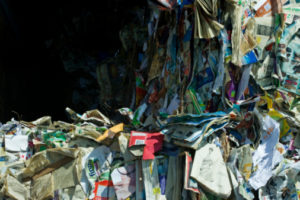 he environmental laws often require companies to get permits, certificates of approval, licences and other kinds of official permission before engaging in certain kinds of conduct or operations that could impact the environment. It’s very easy to run afoul of these requirements. Here are five common traps that companies fall into when it comes to permits and approvals. Take steps now to avoid these mistakes and the consequences that may come with them—including hefty fines and even jail time.

The environmental laws use various terms for the kinds of official permission required for designated operations or conduct, including permits, authorizations, licences and certificates of approval (C of As). For simplicity’s sake, we’ll use the term “permit” throughout to cover all of these types of approvals except when discussing the facts of specific cases.

Trap #1: Not Getting a Permit When One Is Required

One of the biggest mistakes is not getting a permit when the law requires one. Check the environmental law in your jurisdiction to see what kinds of operations or conduct require permits. And if your company is planning to engage in such operations or conduct, make sure you get a permit first before doing so.

Example #1: An Ontario waste disposal site had been amassing used tires for more than 10 years. But the site didn’t have an approval for the disposal of used tires. Numerous inspections by environmental officials over the years confirmed that the site wasn’t in compliance with legal requirements. Because the site’s operator refused to clean it up, the government eventually did so to reduce the potential risks to the surrounding environment and community from contaminated run-off.

The operator was convicted of four environmental violations, including operating a waste disposal site without a C of A. The court sentenced him to 18 months in jail. It also barred him from transporting, depositing, storing or processing designated wastes at the site and ordered him to stop working, operating or engaging in any business concerning or related to the recycling of designated wastes—including, but not limited to, used tires [R v. Lane].

Example #2: The Saskatchewan MOE got a call that a company had cleared a new area for a road to access their processing site at a lake. The cleared area was approximately 2.5 kilometres long and 20 metres wide. But the company didn’t have a permit for this work. It was convicted of violating The Forest Resources Management Act by illegally harvesting forest products without a licence. The court fined it $42,000 and ordered it to donate $5,000 to an environmental program or fund [R. v. Winn Bay Sand Ltd.].

Trap #2: Acting Before Permit Is Approved

Applying for the necessary permit is just step one. Often approval of the permit will require various steps, such as environmental assessments. The approval process can be long and frustrating. But don’t jump the gun and start work before the permit has actually been approved. First, not all permits get approved. Second, you can be hit with an environmental offence if you act before the permit has been officially issued.

Example: A company applied to various government departments for approvals for the construction of an inland marina development on a lake. Fisheries and Oceans Canada concluded that the proposed works required an authorization and environmental assessment. But before this process was done, the company started work, excavating the lakebed and damaging spawning and rearing habitat for several species of fish. The company pleaded guilty to violating the Fisheries Act. The court ordered it to pay an $8,500 fine, $500 to the Alberta Conservation Association and $81,000 to the Environmental Damages Fund [R. v. R.J. Williscroft Contracting Ltd.].

Trap #3: Failing to Take Actions Required by a Permit

When the government issues a permit, that permit will often require the company to take certain actions. For example, under Sec. 14(1) of BC’s Environmental Management Act, in a permit authorizing the introduction of waste into the environment, the director may require the permit holder to do one or more of the following:

Failing to take any actions required by your permit is likely to result in an environmental violation.

Example: The government charged a company and its director with violating the terms of their landfill permits by, among other things, failing to file required written annual reports. The director argued that he thought he could provide the annual reports orally. But even if oral reports were permitted—which they weren’t—he didn’t provide any evidence that he gave oral reports every year. So the court convicted the defendants [R. v. Blackwell].

There may be times when you need to change the terms of your permit. But don’t do things your current permit doesn’t allow even if you’ve been assured that the government is going to approve permit changes that would allow such activities. Acting as if those changes are already in effect before they’ve been officially approved can lead to liability for permit violations.

Example: A fisherman in Newfoundland had a licence that barred the use of more than one hook on a line when fishing for smelt. He contacted the government and was told that this limit on his licence was going to be changed to let him fish with two hooks per line. But before this change was official, he went fishing for smelt using three lines with two hooks on them.

The fisherman was convicted of violating the terms of his licence. He admitted that he had violated his licence’s current conditions but argued that he’d acted in anticipation of a change to those conditions. The court was unmoved. “No one operating under a fishing licence can breach a condition of that licence in anticipation of a subsequent variation which would render that person’s conduct lawful in the future,” explained the court. Instead, the fisherman should have waited until the change was official [R. v. Moss].

Trap #5: Exceeding the Scope of the Permit

Permits may not only give you permission to engage in certain conduct but also place restrictions on that conduct, such as limiting the amount of a substance you can discharge or restricting your actions to a designated geographic area. If you exceed the scope of your permit, it’s likely that you’ll be prosecuted for a violation—and the consequences could be very serious.

Example: A BC landfill company’s permit allowed dumping in a designated area only. A sketch of this area was even attached to the permit. But the company knowingly dumped landfill outside of the permitted area. Environmental officials ordered it to stop dumping in the undesignated area, which was the habitat of unique flora and fauna species. But the company refused. The company and its principal were convicted of violating BC’s Waste Management Act by depositing waste outside the area covered by their permit. The court fined the company $640,000, which included $390,000 in profits that it gained from the offence, and the principal $75,000 [Alpha Manufacturing Inc. v. HMTQ].

Getting environmental permits and complying with their requirements can be a hassle and challenging. But the government is quick to prosecute when companies engage in work without the necessary permits or fail to comply with the permit’s requirements. So as an EHS coordinator, it’s important that you understand when environmental permits are needed and take steps to ensure that the company complies with the requirements of any permits that it has.