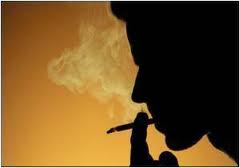 A bus driver filed a complaint with the OHS Division, claiming that his employer wasn’t doing enough to protect him from second-hand smoke. He’d first complained to the JHSC, but wasn’t satisfied with its response. The Labour Board found that the driver had “utterly failed” to provide any objective evidence that his health was in any way threatened by the occasional exposure to the exhaled breath of a smoker or to smoke from a tossed cigarette that might waft in the open door of his bus. The Board noted that the driver failed to follow his own family doctor’s advice to wear a mask, which makes no sense if he was as concerned as he claimed that the exposure to smoke threatened his health and life. Concluding that there was no support for his allegation that his workplace was unsafe, the Board ruled that the employer had fulfilled its duties under the OHS law [Gay v. Halifax Regional Municipality, operating as Metro Transit, [2015] NSLB 151 (CanLII), Sept. 24, 2015].