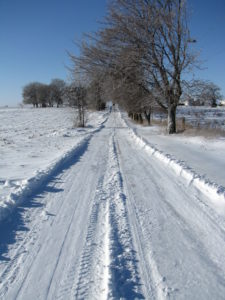 A worker pulled his truck over to the side of the road to put chains on his tires due to icy road conditions. He was hit by a vehicle that had been rear-ended by a truck driven by a worker for another employer. The workers’ comp costs for his work-related injury were assigned to his employer, which argued that they should be assigned to the other worker’s employer as his negligence caused the accident. The Appeals Commission found that the driving worker was driving too fast for the conditions and too closely to the vehicle in front of him and thus negligent. But the injured worker was also negligent for pulling over near an intersection. The Commission balanced several factors and concluded that the driving worker’s employer was 75% liable for the workers’ comp costs, with the injured worker’s employer liable for the remaining 25% [AC0413-14-82 (Re), [2014] CanLII 74265 (AB WCAC), Dec. 11, 2014].