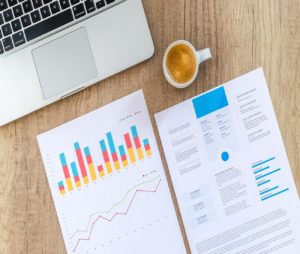 Due diligence is like your compass on the path to injury prevention and OHS compliance. Maintaining the standard of due diligence also insulates you from liability in the event that prevention fails. But to achieve these results, you need to understand how due diligence works and use the cases to evaluate the adequacy of your own OHS program.  OHS Insider invented the Due Diligence Scorecard to help you do just that.

What ‘Due Diligence’ Is

While the term “due diligence” is widely used, its meaning tends to get conflated between a pair of related but different concepts.

Due Diligence as a Legal Defence

When lawyers use the term “due diligence,” they refer to a technical legal defence that defendants can use to avoid liability for an OHS offence. The way it works: In an OHS prosecution, the Crown must prove beyond a reasonable doubt that the defendant did something banned by or omitted to do something required by the OHS law. When and if the so called actus reus is proven, the burden shifts to the defendant to show on a balance of probabilities that it acted with due diligence. There are 2 branches of due diligence:

Due Diligence as a Compliance Standard

Safety coordinators and non-lawyers use the term “due diligence” as a standard of compliance. To them, due diligence isn’t about defending prosecutions but preventing the injuries and violations that give rise to them in the first place. In this regard, “reasonable steps” becomes a de facto standard that a safety coordinator can use to evaluate whether the company’s OHS program complies with regulatory requirements.

The Key Role of the OHS Program

But while they differ slightly, the legal and lay concepts of due diligence both work because they overlap in one crucial way: They both assign a central role to the OHS program. Going back to the original 1978 Sault Ste. Marie case in which it invented due diligence, the Canadian Supreme Court made it clear that implementing an OHS system is essential to the defence. No OHS system, no reasonable steps.

The Key Role of the Court Cases

As a safety coordinator, how do you determine if your own OHS program measures up to the reasonable steps branch of due diligence? Unfortunately, the only way to get a definitive answer is to get prosecuted. If your due diligence defence works, you’ll know your OHS program complies; it the defence fails, you’ll know it doesn’t.

Of course, prosecution and reliance on the due diligence defence is a measure of last resort that you want to avoid at all costs. Luckily, there is a more practical approach to measuring the legal adequacy of your OHS program: Review how courts have ruled in prosecutions against other companies and use the lessons of those cases to evaluate your own program’s effectiveness. That’s where the Due Diligence Scorecard comes in handy. After over a decade of Annual Scorecards, the Insider has compiled the last 10 years of analysis into this longer-range report.

A DECADE OF DUE DILIGENCE LITIGATION

Cases in which a court or tribunal actually rules on an OHS due diligence defence are relatively rare—an average of just over 16 per year. That’s due not to lack of prosecution but the fact that most OHS cases get settled. But on those occasions when due diligence does get to trial, the odds heavily favour the prosecution. Thus of the 161 reported cases from 2007 to 2016 in which an OHS prosecution turned on a due diligence defence, the defendant won only 29(18%)!  Here’s the breakdown: As shown in Table 1 below, 4 jurisdictions account for over 80% of the due diligence litigation, with BC leading the way by a large margin (just under 40% of all cases). One explanation: Unlike in most other jurisdictions, in BC, due diligence is adjudicated not by courts but the Workers’ Compensation Appeals Tribunal where cases move relatively fast and efficiently. That makes it much easier to raise due diligence defences, even in cases involving minor fines or administrative monetary penalties. Although WCAT rulings can be appealed to court, of the 59 reported BC cases we found, only one was a court appeal.

The BC WCAT is not only the busiest due diligence tribunal but also the strictest, siding with the prosecution at a rate of 18:1. Defendants in Ontario and Alberta fare much better, prevailing at 36% and 33% clip, respectively. Meanwhile, cases outside the Big 4 of BC, Ontario, Alberta and Nova Scotia, go for the prosecution 85% of the time.

That construction (including roofing and paving) would generate the most cases isn’t surprising, but the disparity between construction and other sectors is. Thus, nearly 42% of all cases involved construction, as compared to 29% for the next 7 highest sectors combined.   At 18%, the success of construction defendants in was in line with overall findings for all due diligence litigation.

Manufacturing and forestry/saw mills were the next busiest sectors with each accounting for 10% of the cases. However, the numbers of the latter were skewed by the relative ease of litigating in BC that we noted earlier. The other notable finding is that manufacturing defendants managed just one successful due diligence defence in 16 attempts. By contrast, oil and gas posted a 50% winning percentage (counting a split decision), by far the highest of any sector with a significant sample size of prosecutions.

Note: Numbers may not add up due to overlapping claims and/or defendants in same case

Failure to provide or ensure proper use of fall protection was the leading violation contested in due diligence prosecutions (29%) with almost all of these cases targeting construction companies. After that, there was a significant drop-off with only 4 types of violations accounting for at least 5% of claims, including powered  mobile equipment (8%), lockout (7%), machine guarding (7%) and traffic control (5%).

Overall, 17 hazard/violations were the subject of more than one due diligence case. But the surprising part of the analysis was what didn’t make the list. Notable absences included not just newfangled issues which have only recently become subject to regulation such as workplace violence, working alone, emergency preparedness, ergonomics and even cold/heat stress but also “old school” issues like WHMIS and noise hazards.

Note: Numbers may not add up due to overlapping claims in same case

As we noted earlier, reasonable steps requires that there be a safety system in place to ensure OHS compliance and prevent violations. Of the 129 cases where a court or tribunal rejected a due diligence defence, total lack of such a system was the decisive factor in only 11 of them. In the vast majority of the cases, there actually was a system but it was defective in some way. The 2 predominant patterns:

In some cases, both defects were in evidence. As illustrated by Table 4 below, safety training was, by far, the most cited problem area, followed closely by supervision and instruction.  As a safety coordinator, you’d do well to conduct a “reasonable steps” audit of each of the listed problem areas:

TABLE 4
Court & Tribunal OHS Cases Rulings in which Due Diligence Rejected: 2007-2016
(TOTALS BY OHS PROGRAM AREA THAT CAUSED DUE DILIGENCE TO FAIL) (at least 2 cases)

Note: Numbers exceed 129 due to cases in which multiple factors were cited