Due Diligence: 8 Arguments That Don’t Work 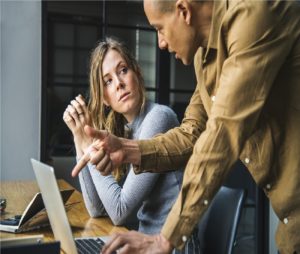 If you’re ever prosecuted for an OHS violation, you have 2 shots of winning at trial. The first is by showing that you didn’t commit the violation you’re charged with. If that doesn’t work, you can still avoid liability by using the due diligence defence, i.e., proving you took all reasonably necessary steps to prevent the violation and ensure safety. Most due diligence litigation is about what “reasonable steps” are required. Rule of thumb: You’re not required to prevent all incidents, injuries and violations, only the ones that you did or should have reasonably foreseen. How you do that depends on the facts of the case. But here are 8 common arguments that almost never work.

There’s no such thing as a “free first bite.” If a hazard is foreseeable, the fact that it never happened before is no defence. Example: During machine servicing, a ram broke causing the attached beam to fall on a mechanic’s head. The fact that the operation had performed thousands of times before without the ram breaking was no defence since the employer knew it could happen and didn’t take the necessary precautions to ensure it didn’t, the Ontario court ruled [R. v. Dana Canada Corp.,].

The possibility of workers’ messing up or failing to use required safety measures is a foreseeable risk that you must take into account via a robust OHS program. Example: Defying all safety rules, an experienced electrician who should’ve known better is electrocuted while performing work on energized equipment without wearing protective clothing and equipment. But the Nova Scotia court holds the employer responsible for the electrician’s “tragic miscalculation” citing its failure to implement an OHS program, safety manuals and written safe work procedures [R. v. R.D. Longard Services Ltd.].

Evidence of a victim’s impairment doesn’t automatically get you off the hook for OHS liability. You still must show you took all reasonable steps to protect the victim. Example: An experienced trucker standing directly behind the tailgate is fatally buried in an avalanche of materials that he unloosed on himself. The employer relies on the high levels of morphine found in the victim’s system to deny liability for the incident. But the BC Tribunal rejects its due diligence defence because the victim wasn’t directly supervised or trained in the dangers of doing his job while impaired [WCAT-2016-00178 (Re),].

While prime contractors have primary they don’t have exclusive responsibility for safety at a multi-employer site. Contractors and subcontractors at the site also have basic OHS responsibilities to protect their own workers. Example: An inexperienced and unsupervised temp working for a subcontractor is injured after falling through a wall opening. The subcontractor blames the prime contractor since it was in charge of safety at the site. But the Alberta court doesn’t buy it and chides the subcontractor for not taking “any steps whatsoever” for the temp’s safety despite being his “employer” under the OHS Act [R. v. Canadian Consolidated Salvage Ltd. (Clearway Recycling)].

News flash: Human beings make mistakes. Exercising due diligence is about recognizing this fact and taking reasonable steps to prevent the mistakes that are foreseeable. So, blaming incidents, injuries and violations on “human error” is a complete non-starter. Example: A WorkSafeBC inspector cites an excavation company for not getting the required underground locate of utility services before starting work on the site. The company admits the violation but chalks it up to an “oversight due to human error.” The BC Tribunal pooh-poohs the argument noting that almost all accidents are due to human error [WCAT-2012-00070].

Implementing good safety procedures, training, supervision and other administrative measures aren’t enough if the OHS regulations require the use of engineering and physical controls to manage a hazard. Example: Ontario court acknowledges that a steel mill’s “workplace procedures and enhancements” enhanced safety but rejects its due diligence defence because the mill didn’t implement required machine guards [R. v. Dofasco Inc.].