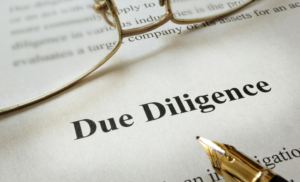 2022 OHS due diligence cases and the lessons to apply to your own OHS program.

For nearly 2 decades, OHS Insider has been the only source of data tracking due diligence in OHS cases across Canada. Why do we do it? Technically, “due diligence” is a legal defence that only comes into play when you or your company is charged with an OHS offence and the prosecution proves that you actually committed the violation. At that point, due diligence becomes a matter for the defence lawyers rather than the OHS coordinator.

However, the OHS coordinator’s primary responsibility is to prevent things from getting that far. How? By running a robust OHS program that complies with all regulatory requirements. In this context, the term “due diligence” goes from being a legal defence to a standard for evaluating the compliance of your OHS program. Exercising due diligence is the key to preventing violations and, if all else fails, avoiding liability for those that do occur.

The theory is legally sound. The trick is figuring out what due diligence actually means in everyday operations so you can judge what you’re doing is up to snuff. Other than actually getting prosecuted, the most effective way to make these judgments is to look at court cases where other companies get prosecuted and draw the appropriate lessons for your own OHS program. The Due Diligence Scorecard enables you to do just that. And it’s a lot less expensive than having a lawyer do the analysis for you.

How Due Diligence Works

(Note: Skip this part if you already know how due diligence works.) Unlike criminal laws, simply committing an act the law bans or omitting to do what it requires may be enough to convict a defendant of an OHS violation. It doesn’t matter whether you did it on purpose or what was on your mind. At least that’s how the OHS laws were originally written. Due diligence, which was created by the Canadian Supreme Court, provides a bit of a safe haven from “strict liability” by allowing defendants to avoid liability for OHS violations they didn’t mean to commit. The due diligence defence has 2 branches:

Why the Court Cases Are So Important

Most OHS due diligence cases involve reasonable steps. And because there’s no definition of “reasonable steps,” courts must decide the issue one case at a time on the basis of the specific facts and circumstances involved. (Exception: The one cardinal rule that applies in every case is that you can’t prove due diligence unless you can show that you’ve created and implemented a system to ensure compliance with OHS laws.)

The court cases are the key to compliance because they illustrate how these legal principles play out in real-world situations. Each case tells the tale of an actual company’s OHS compliance experience and what it did right or, in the majority of cases, wrong. And while no 2 cases are ever exactly the same, by emulating what companies did right and avoiding what they did wrong, you can improve your own OHS compliance efforts.

The 2022 Due Diligence Cases

First, we need to put the data into context. There are literally hundreds of OHS cases across Canada each year—either court prosecutions or administrative monetary penalty (AMP) cases decided by an OHS tribunal. Almost all of these cases get settled, typically by a guilty plea or dropping of charges. Among the handful of cases that actually reach trial, only a few get reported, not all of which raise a due diligence defence.

Construction almost always accounts for more due diligence cases than any other sector. So far, however, manufacturing—perennially the second most represented sector—has almost kept pace.

Due Diligence Rulings by Hazard/Violation Type

Fall protection is usually the most common type of violation. But so far, PPE has generated the most charges this year. There have also been multiple charges for machine-related violations, including guarding and lockout.

The other recurring pattern were the basic OHS program breakdowns that caused a due diligence defence to fail. As illustrated by Table 4, safety training and instruction was the most cited problem area, followed closely by failure to ensure proper supervision. As OHS coordinator, you should conduct a “reasonable steps” audit of each of the listed problem areas at your own workplace: