Due Diligence 2021, The 16th Annual Scorecard 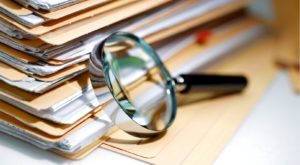 Technically, “due diligence” refers to a legal defence that you and your company can use to avoid liability for an OHS violation. But it only comes into play when you’re actually charged with an offence. And even then, the defence becomes necessary only when and if the Crown proves that you actually committed an OHS violation. It’s safe to say that very few OHS coordinators will actually find themselves in need of mounting a due diligence defence in the course of their careers.

So, why then do almost all OHS coordinators recognize and use the phrase “due diligence” in performing their jobs? The answer is that due diligence has assumed a non-legal meaning that goes beyond its narrow prosecutorial context. People in the health and safety field typically use due diligence as a real-world standard for compliance. The idea, not at all far-fetched, is to manage liability risks by ensuring that your current OHS program meets the standard of due diligence.

The problem comes in figuring out what due diligence means in the context of particular OHS issues, like fall protection, safety training, machine guarding, etc. While industry standards and practices are of significant help, the only way to be sure whether what you’re doing is enough to constitute due diligence is to actually get prosecuted and get a court ruling. Of course, avoiding prosecution is the point of having an OHS program in the first place.

The good news is that there’s another way to make due diligence judgments on the basis of court cases: Just look at what happens in OHS cases involving other companies, figure out why they did or didn’t make out a successful due diligence and draw appropriate lessons for your own OHS program. But that’s easier said than done. Tracking down and analyzing OHS cases from across the country takes time and legal skills that you may not have; and hiring a lawyer to do it for you is an expense that goes beyond the budgets of most OHS coordinators.

But if you’re an OHSI member, you have a major advantage, namely, the Annual Due Diligence Scorecard that OHSI has published every year since 2006. In addition to telling you what happened in actual cases during the year, we summarize each of the cases, explaining who won and why.

(Note: You can skip this part if you already know how due diligence works.) To get a conviction under criminal laws, prosecutors must prove 2 things: i. the guilty act (aka, “actus reus”)—that the defendant performed the act the law prohibits or omitted to perform the act the law requires; and i. the guilty mind (“mens rea”)—that the defendant committed the act or omission with the state of mind specified in the criminal law for the particular offence (e.g., intentionally, recklessly, with gross negligence, etc.).

OHS, environmental and other regulatory laws aren’t criminal laws. They’re laws based on the concept of “strict liability.” Translation: Prosecutors don’t need to prove “mens rea”; all they have to do is prove the defendant committed the “actus reus” to convict. Due diligence eases the harshness of this rule. In fact, due diligence wasn’t part of the original OHS laws. The Canadian Supreme Court invented the concept in 1978 in a case called R v. Sault Ste Marie to give defendants a legal defence against strict liability. The due diligence defence has 2 branches:

The Significance of the Cases

The vast majority of OHS due diligence cases involve the reasonable steps branch. And because there’s no definition of “reasonable steps,” courts must decide the issue one case at a time on the basis of the specific facts and circumstances involved. (Exception: The one cardinal rule that applies in every case is that you can’t prove due diligence unless you can show that you’ve created and implemented a system to ensure compliance with OHS laws.)

The court cases are the key to compliance because they illustrate how these legal principles play out in real-world situations. Each case tells the tale of an actual company’s OHS compliance experience and what it did right or, in the majority of cases, wrong. And while no 2 cases are ever exactly the same, by emulating what companies did right and avoiding what they did wrong, you can improve your own OHS compliance efforts.

The 2021 Due Diligence Cases

First, we need to put the data into context. There are literally hundreds of OHS cases across Canada each year—either court prosecutions or administrative monetary penalty (AMP) cases decided by an OHS tribunal. Almost all of these cases get settled, typically by a guilty plea or dropping of charges. Among the handful of cases that actually reach trial, only a few get reported, not all of which raise a due diligence issue.

There were 16 reported OHS cases decided on the basis of a due diligence defence in 2021, 3 fewer than last year but in line with average yearly totals. As is true every year, defendants lost due diligence cases far more often than they won them. In the 16 years that we’ve been tracking annual due diligence cases, defendants have won only 27% of the time. In 2019, that figure dipped below 20%; in 2020, it dropped to just above 10% (2 of 19 cases). But in 2021, things rebounded to more normal levels, with defendants winning 25% of the case (4 of 16).  Bottom Line: Proving due diligence is extremely difficult.

Cases in Which Due Diligence Defence Succeeded: 4

Cases in Which Due Diligence Failed: 12

Continuing historic patterns, the sector with the largest number of cases (6 of 16) in 2021 was construction. Manufacturing was the only other sector with more than 1 case. Due Diligence Rulings by Hazard/Violation Type

Overall, there were 28 OHS charges for 10 kinds of hazards or hazardous operations. As is often the case, fall protection was the source of most charges with 6, only 1 of which ended with a successful due diligence defence. After not generating any charges at all last year, failure to ensure that workers, machinery and equipment had required safety devices was the second most common charge. Of the 5 charges, only 1 was defeated by a due diligence defence in a Québec case where the court concluded that an employer wasn’t required to ensure fall protection equipment complied with voluntary ANSI standards that weren’t actually incorporated into the OHS regulation. Hazardous substances, lockout/tagout and scaffolding and aerial lifts each generated 3 charges, with the employer winning on due diligence in only 2 of the total 9 cases.

The other recurring pattern were the basic OHS program breakdowns that caused a due diligence defence to fail. In most cases, the problem wasn’t the absence of a required OHS program element, e.g., training, hazard assessment, safe work procedures, etc., but failure to implement it properly.  In some cases, both defects were in evidence. As illustrated by Table 4, safety training and instruction was, by far, the most cited problem area, followed closely by failure to ensure proper supervision. As OHS coordinator, you should conduct a “reasonable steps” audit of each of the listed problem areas at your own workplace: