ON Dry Cleaner Ordered to Pay More than $1.6 Million for Polluting Property 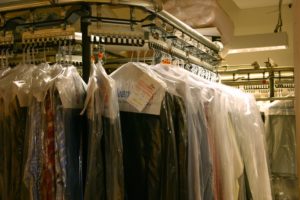 When we think of polluters, we usually think of large industrial facilities, such as chemical plants or oil rigs. But any business that uses hazardous substances could potentially damage the environment—even a business as seemingly innocuous as your neighbourhood dry cleaner. For example, an Ontario court recently found a dry cleaner liable for contaminating neighbouring property with various hazardous chemicals and ordered it to pay more than $1.6 million in remediation costs. Here’s a look at this decision.

What Happened: The owner of two pieces of property neighbouring a dry cleaning business discovered that his soil and groundwater had been contaminated by tetrachloroethylene (PERC) and trichloroethylene (TCE), two solvents used in dry cleaning. The property owner sued the dry cleaner for nuisance, negligence, liability under Ontario’s Environmental Protection Act, trespass and strict liability under the doctrine of Rylands v. Fletcher. He argued that, during the 1960s and 1970s, the dry cleaner let these chemicals enter the ground via dry cleaning filters and products stored at the building, and through the building’s sump in the basement. He also alleged that the business and its owner took no meaningful steps to address the migration of the contaminants to his properties since knowing about it.

What the Court Decided: The Ontario Superior Court of Justice dismissed the trespass, negligence and Rylands claims but found the dry cleaner liable for the release of the solvents that contaminated the neighbouring property and awarded the property owner $1,632,500 for remediation.

The Court’s Reasoning: The court first noted that it wasn’t disputed by the dry cleaner that its solvents contaminated the owner’s properties. Although it dismissed some of the claims, it did find that the property owner was entitled to compensation under the EPA as the dry cleaning business was both the owner of the pollutant and the person having control of the pollutant immediately before its first discharge. As to the nuisance claim, the court found that the damage or interference with the owner’s property was substantial or non-trivial, and that the interference with his use or enjoyment of this property was unreasonable. For example, the bank refused to give the owner a loan because of the contamination. And he can’t develop the property until it’s been remediated.

The court also concluded that although the dry cleaner initially took reasonable measures when it learned of the contamination, it didn’t remain engaged in the process and from about mid-2013 on it failed to take any reasonable step to prevent or limit further harm to its neighbours. For example, it failed to respond to any enquiry from the Ministry and didn’t comply with any of the 2014 orders. So the court ordered the dry cleaner to pay the owner $1,632,500 for remediation of the property and $201,726.71 in reimbursement for the costs of experts and engineers. (The court did dismiss all claims against the owner of the dry cleaning business) [Huang v. Fraser Hillary’s Ltd., [2017] ONSC 1500 (CanLII), March 6, 2017].

The key lesson from this case is that every business that uses any hazardous substances must be proactive and take steps to prevent spills, discharges, etc. that could harm the environment. Remediating such harm once it’s been done will likely cost more than the prevention measures you could’ve had in place to prevent it. And if a spill does occur, it’s important to take all reasonable steps to minimize the harm done. For more on preventing spills, see “Spills: Take 6 Steps to Create a Spill Prevention Plan.” And for information on properly responding to them, see “Spill Response: Answers to 11 Frequently Asked Questions.”

Want access to all the Canadian safety and environmental compliance articles, tools and other resources that the OHS Insider has to offer, such as the articles mentioned above? Sign up for a free trial membership now! [/box]