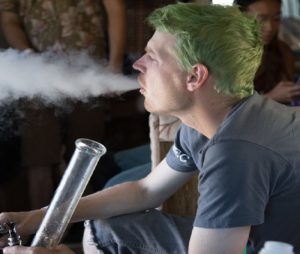 There’s no doubt that cannabis legalization will make your job as OHS director more challenging. After all, drugs and workplace safety form a lousy mix. But while you’re right to be concerned, you also need to take a deep breath and put things into perspective.

First, realize that legalization is not the game changer some are making it out to be. While some legal change will result, dealing with legal cannabis will not be all that different from dealing with that other major legal intoxicant: alcohol. The real problem with legalization from the OHS director’s perspective isn’t new laws but the increase in cannabis use, and thus workplace impairment, likely to result.

The other thing you need to do is refrain from beating yourself up because you don’t know what the rules will be for dealing with legal cannabis. The dirty little secret is that nobody does. And there’s a good reason for that: The rules haven’t yet been written. At this very moment, lawmakers across Canada are currently scrambling to create laws to effect legalization within their boundaries. The original July 1, 2018 deadline for nationwide legalization has been pushed back indefinitely as a result of controversy over the federal rules in the Senate. At this point, 2019 seems more realistic.

But even if and when legalization does go into effect, it will take years to play out. Only after all of the laws and regulations are in place and in operation will we know for sure how it’s going to work.

Yet while legalization may be a work in progress, you do have to keep up with it, especially within your own jurisdiction. Over the coming months and years, OHSI will keep you apprised of all the key developments. But at this stage in the process, the most useful thing we can provide you is a big picture overview. Here are the 6 things OHS directors need to understand about legalization:

“Cannabis is currently illegal in Canada but will become legal once legalization takes effect.”

Both parts of the above statement are oversimplifications. The best way to explain this is to tell the story of how legalization came to be.

A Brief History of Legalization

Cannabis has been illegal in Canada since 1922 when it was added to the list of substances banned by the Opium and Narcotic Control Act. And it’s still listed as a banned substance under the modern Controlled Drugs & Substances Act.

But over the years, a growing contingent relying largely on anecdotal evidence made the case that cannabis has positive therapeutic effects for patients suffering from certain kinds of chronic conditions.  In 2000, after decades of litigation by patients, medical use of cannabis was legalized—not by Parliament but the Ontario Court of Appeal.

In 2001, Health Canada issued very strict rules limiting use of cannabis to HIV/AIDS, chronic pain and other specific medical conditions and requiring patients to get a written authorization from their doctor. No provision was made for growth and distribution. Patients who wanted cannabis had to grow their own. In 2013, HC backed off and allowed for production by licensed growers. As a result, authorized users spiked exponentially from the hundreds to 38,000.

Meanwhile, U.S. states like Colorado, Washington and Oregon were creating rich new tax revenues streams from legalizing recreational use cannabis supplied by strictly licensed growers and sold out of dispensaries. So in 2017, Canada took the plunge by legalizing recreational cannabis, with a targeted effective date of July 1, 2018.

Legalization means that mere possession and use of recreational cannabis won’t be a crime the way it is now. But it can still get you busted if:

And that brings us to the mechanics of legalization. Canada is a federal country made up of provinces and territories with their own laws governing commerce, driving and other forms of “primary” activity within their boundaries. Result:  While national legalization is a federal government mandate, it can’t happen unless and until each jurisdiction adopts its own system and set of rules for regulating recreational cannabis. While no deadline has been officially announced, anything earlier than January 2019 would be quite surprising.

Between now and legalization D-Day, each jurisdiction will have to do 4 things:

(* Note: The sequence of the first 2 steps varies by jurisdiction. Example: The federal government held hearings after tabling a bill, while BC did the opposite.)

At this point, public review has concluded and legislation has been either approved or is on its way to approval in all 10 provinces and territories:

But while progress is being made, not a single jurisdiction has completed the regulations providing the critical operational details to implement legalization within their boundaries

So how will employers’ lives change once legalization takes full effect?

First and foremost, you need to recognize that legalization is NOT a licence for use and impairment in the workplace. Employers will still be able—and required—to take measures to ban cannabis use to ensure a safe workplace under OHS and other laws, just as they are with alcohol today. But legalization will involve the creation of a whole new regulatory regime in your jurisdiction. The key for employers is recognizing which of these changes will affect you.

The good news is that the vast majority of the new legalization system probably won’t affect you. Again, think alcohol.  Today, each jurisdiction has licensing rules governing distribution, sale and consumption of alcohol; the biggest challenge they now face in implementing legalization is adapting their current Liquor and Gaming Commission systems for cannabis. So, unless your business is directly involved in the commercial activities subject to cannabis licensing, the formation of a new regulatory system for cannabis will have no direct impact on you or your workplace.

But there are parts of legalization that will affect you, namely, the revisions that all jurisdictions will have to make to their current safety, health and public welfare laws to deal with the ramifications of legal use of recreational cannabis, e.g., traffic safety laws banning impaired driving. Some jurisdictions may also include new rules specifically addressing cannabis in the workplace as part of the legislation and regulation they adopt to implement legalization.

Based on early developments, it’s becoming increasingly clear that indoor smoking laws will play a key role in this process by giving employers to ban cannabis smoking and vaping in the workplace. Ontario has taken things a step farther by not simply banning workplace cannabis use but requiring employers to take active steps to enforce the ban the way they’re required to do so with tobacco under the Smoke-Free Ontario Act. Other elements of proposed cannabis legislation that may have ripple effects on the workplace include:

Table 2 summarizes what, if anything, each jurisdiction has said about each of these issues so far.