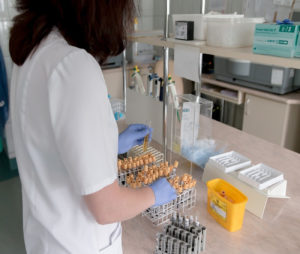 Come July, use of recreational cannabis will become legal; being impaired on the job most definitely will not. But while cannabis legalization doesn’t licence workplace impairment, it does complicate efforts to control it. What will be needed are not just strong anti-drug policies but testing to enforce them. As ever, random testing will be the strongest enforcement mechanism, as well as the most controversial and difficult to justify as a matter of safety.  But thanks to recent cases, we know  that random testing can be a legitimate safety measure –but only in very narrow circumstances.

Drug and alcohol testing policies aren’t for the faint of heart. To get them adopted typically requires either bruising union negotiations or unilateral action likely to fuel grievances. As the employer, you bear the burden of showing that the testing policy’s safety benefits outweigh its intrusion of worker privacy rights. While justifying any kind of testing policy is tough, random drug testing is the greatest challenge for 2 reasons:

In addition, to be justified as a safety measure, testing must cover only workers who perform safety-sensitive jobs.

It was against this backdrop that the Supreme Court of Canada handed down the 2013 case Communications, Energy and Paperworkers Union of Canada, Local 30 v. Irving Pulp & Paper Ltd. ruling that unilaterally imposed random testing is a justifiable safety measure only in the most narrow and extreme circumstances. The fact that the workplace is dangerous doesn’t end the inquiry; nor does limiting the scope of the policy to safety-sensitive workers. The employer must also show that workplace substance abuse either causes or enhances the danger.

for failing to meet this high standard.   “This is not to say that an employer can never impose random

testing in a dangerous workplace,” the Court concluded. But for testing to be justified, it must “represent a proportionate response in light of both legitimate safety concerns and privacy interests.”

Irving looked like the death knell for unilateral random testing. What nobody would have predicted is how less than 4 years later the pendulum would swing so dramatically in the other direction.  In the previous 6 months, employers have beaten back challenges against random testing not once but twice.

The Ontario Supreme Court struck the first blow on April 3, 2017 by turning away a challenge to the inclusion of random drug and alcohol testing for transit workers in the Toronto Transit Commission’s new fitness-for-duty policy. With Irving to rely on, union lawyers were probably pretty confident in challenging the policy and asking the court to bar TTC from implementing it until the arbitrator resolved the case.

But the court refused. Bucking the Irving zeitgeist, the court ruled that random testing of safety-sensitive transit workers was a legitimate safety measure. And while the arbitrator would have the final word on whether the policy was justified under the Irving standard, if it was ultimately struck down, money damages could make up for any harm done, according to the court [Amalgamated Transit Union, Local 113 v Toronto Transit Commission, 2017 ONSC 2078 (CanLII), Apr. 3, 2017].

Irving did not kill random testing as a justifiable safety measure after all. And that’s welcome news for employers worried about the imminent nationwide legalization of cannabis.

But don’t think you now have the green light to unilaterally impose random testing at your own workplace. While it’s not impossible, random testing remains extremely hard to justify as a workplace safety measure. What’s needed is a minimum of three elements:

A narrow and carefully drafted testing policy that’s limited in its scope, e.g., one that applies only to safety-sensitive employees.