Drug-Sniffing Dogs Being Used at Workplaces in Saskatchewan 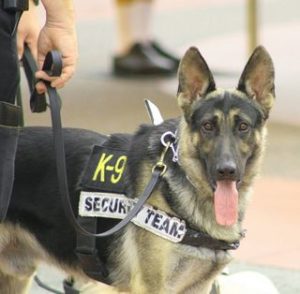 Law enforcement officers regularly use drug-sniffing dogs in their criminal investigations. But now some employers in Saskatchewan are getting into the act, using the dogs to ID workers in possession of drugs on the job.

According to CBC News, more companies in Saskatchewan are using drug-sniffing dogs on construction and industrial sites to detect if workers have drugs in their possession, either on their person or in their bags, lockers, etc.

One goal is to deter workers from bring illegal substances to the workplace. Safety concerns is another motivation, especially at high-risk sites such these. Workers who are high on drugs while on the job pose a safety hazard to themselves and their co-workers.

But is it appropriate to use drug-sniffing dogs in the workplace?

The Saskatchewan Provincial Building and Construction Trades Council said it’s worried about the qualifications of the dogs and their handlers. In fact, some argue that there should be enforceable standards for drug-sniffing dogs.

Qualifications aside, the use of dogs to sniff out drugs in the workplace raises other issues in an area that’s already a touchy subject. For example, much like drug and alcohol testing, the use of drug-sniffing dogs arguably invades workers’ privacy.

The use of this technique to locate drugs on the job may be indicative of a growing aggressiveness and intolerance when it comes to workplace intoxication or impairment.

For example, in Alberta, a group of employers, labour associations and unions recently launched the Drug and Alcohol Risk Reduction Pilot Project to establish best practices for random alcohol and drug testing for safety-sensitive work sites and positions.

Reasonable cause testing of workers—that is, if you have grounds to believe the worker is impaired, such as because his eyes are bloodshot or glassy—is easier to justify than random testing. It’s also easier to test workers for drugs after they’ve been involves a safety incident.

Go to SafetyPoster.com to buy a pack of posters on drugs and alcohol use at work.