DOS & DON’TS: Do Select ‘Competent’ People to Be Supervisors 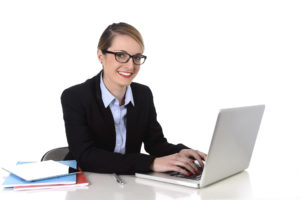 Employers have a duty to ensure that all employees, including workers and supervisors, are generally competent to do their jobs. But the OHS laws may require specific positions or tasks that are high-risk or require certain skills to be done only be a “competent person,” that is, a person with a higher level of skill and training than the average worker. “Competent person” is usually defined as one who is qualified based on knowledge, training and experience to safely perform the assigned work. Among the positions that should only be filled by a “competent person” is that of supervisor. If you put a worker in a supervisory position when he’s not competent under the law to fill that position, you endanger the workers being supervised by him and are at risk of being fined for a safety violation.

That’s the hard lesson an Ontario company recently learned. A worker was learning how to thread multiple strands of plastic strapping material on a production line as part of peer-to-peer job advancement training with a senior, experienced operator who was also a lead hand. The lead hand instructed the trainee to shut down the machine. While the trainee was reaching for a side stop control panel near exposed rollers, one hand and forearm got entangled in plastic strapping. As he tried to use the other hand, it also became caught. The lead hand witnessed the incident and stopped the machine. The trainee worker suffered bruising, sprains and bone fractures as well as amputation of the tip of one finger.

The Ministry of Labour investigated the incident and found that the employer hadn’t made the lead hand familiar with the OHS Act or the Industrial Establishments Regulation, which applied to the workplace. Thus, the lead hand wasn’t a “competent person” as defined by the OHS law and so shouldn’t have been acting as a supervisor. The employer pleaded guilty to failing to appoint a competent person as supervisor and was fined $70,000 [Samuel, Son & Co., Ltd., Govt. News Release, Nov. 18, 2014].

Insider Says: For more on what qualifies an individual as a “competent person,” see “Compliance 101: What Makes a Worker a ‘Competent Person’ under the OHS Laws?” And for more on supervisors, see “Supervisors: Who in Your Workplace Can Be Liable as a Supervisor?