DOS & DON’TS: Make Sure Workers Are ‘Competent’ to Do Designated Jobs 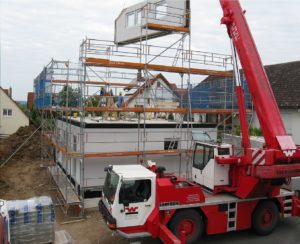 ll workers must be competent in the general sense of the word. That is, they must be properly trained and qualified to do their jobs. But the OHS laws often require certain jobs that are particularly risky or require specific skills, such as conducting confined space risk assessments, to be done by a “competent person,” which usually has a specific definition. In general, a competent worker is qualified based on knowledge, training and experience to safely perform the assigned work, and has knowledge about the sections of the OHS law that apply to the assigned work and the potential and actual OHS dangers connected to this work. So make sure that designated jobs that require a “competent person” are actually done by workers who meet this definition—and be sure you can prove that these workers are competent. An employer in Nova Scotia recently failed to do either.

A worker was climbing up a scaffold when a bar gave way, causing him to fall. He broke both heels. The scaffold belonged to another contractor on the job. But the worker’s employer had a supervisor onsite who was responsible for inspecting the scaffold to ensure it was safe for  workers to use. The supervisor had visually inspected the scaffold and saw a green tag on it, which he assumed meant it was safe to use. An inspector ordered the employer to ensure workers were properly trained to qualify as “competent” to inspect scaffolding as required by the OHS regulations. The employer appealed the order.

Thus, because the officer correctly identified a lack of evidence to support the supervisor’s competency to inspect the scaffolding, the order that the employer provide training to establish such competency was a reasonable corrective response, concluded the Board [RKO Steel Ltd. v. Director of Occupational Health and Safety, [2014] NSLB 7 (CanLII), Jan. 29, 2014].

Insider Says: For more on this topic, see “Compliance 101: What Makes a Worker a ‘Competent Person’ under OHS Laws?”