Does Due Diligence Require Taking Safety Risks to Comply with Environmental Regulations? 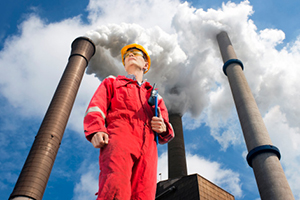 The government broadcasts the closing of the turbot gillnet fishery, which will be on June 8 at 8:00 p.m., over Coast Guard radio. A fisherman learns of this date on June 6, when he sets two strings of nets. He retrieves one set of nets on June 7 but because of the combined weight of the fish, ice and wet nets, retrieving the second set would’ve been dangerous. He plans to return to retrieve these nets later on June 7 after offloading the first set. But because of bad weather, he isn’t able to retrieve the second set of nets and offload the turbot caught in them until June 10. As a result, the government charges him with fishing during a closed season in violation of the Atlantic Fisheries Regulations.

Should the fisherman be convicted of fishing during a closed season?

D. Considering all of the circumstances, including the bad weather, the fisherman exercised due diligence as to the fishing regulations.

This scenario is based on a case from Newfoundland. The court explained that due diligence doesn’t require superhuman efforts or “exposing oneself to unreasonable danger.” The combination of the need for multiple trips because of the weight of the fish and gear and the bad weather created an “imperfect storm,” said the court. It concluded that the fisherman didn’t intentionally delay to gain the benefit of a larger catch, but acted diligently and reasonably. He tried to retrieve the nets as expeditiously as possible. His safety concerns caused a delay in doing so, but these concerns were legitimate and reasonable under the circumstances. So the court ruled that he’d exercised due diligence.

A is a correct statement but still the wrong answer. It’s true that the fisherman was still technically fishing after the turbot season had closed. But the analysis doesn’t end there. If the fisherman proves that he exercised due diligence by taking all reasonable steps to try to finish fishing before the season was over, he can still escape liability for the violation.

B is wrong because due diligence requires you to take only reasonable steps to comply with the law. It doesn’t require you to risk life and limb to avoid an environmental violation. If the weather was really bad and the fisherman couldn’t safely retrieve his nets, then poor weather conditions are a legitimate excuse for not complying with the fishing regulations.

C is wrong because although the fisherman may have set his nets on June 6, before the season closed, he didn’t retrieve the nets and the fish inside them until June 10, which was after the closing date. Thus, he started fishing while the season was still open but didn’t finish fishing until after it was closed, which does violate the fishing regulations.