Did Managing Absenteeism Just Get Harder? 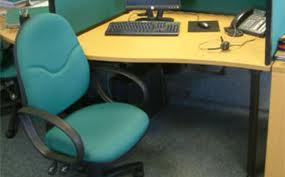 Guest blogger Robert Smithson, a BC labour and employment lawyer, discusses the implications of a recent BC case.

I’ve said many times that dealing with employee disabilities, and the legal complexities they pose, is one of the most difficult challenges for the human resources professional. Advancing the employer’s interests, while complying with Canada’s various and evolving human rights laws, can prove to be an overwhelming task.

In the context of managing workplace absenteeism, the employer’s task is to strike a balance between its legitimate expectation that employees attend work and its duty of accommodation in respect of employees whose attendance issues are the result of disabilities.

Employers are, not surprisingly, continually trying to improve their employees’ attendance. Poor attendance costs money (for example, by forcing the employer to carry more staff than it requires, each of whom generates benefits and other overhead costs) and is disruptive of operations (due, for instance, to the unpredictability of absences).

Ideally, every employee would attend work for every scheduled shift but, of course, that’s not realistic. So, employers will often implement absenteeism management programs to provoke employees to attend as regularly as possible.

Such programs typically feature 5 or 6 levels, or steps, at which various measures will be undertaken to improve an employee’s attendance problems. These steps might involve interviews of the employee, an assessment of his or her medical issues, a requirement for medical examinations, the establishment of ongoing attendance targets and periodic monitoring, etc.

If the employee advances through the program and is unable to bring the absenteeism rate down to an acceptable level, the employment will often be terminated. Often, the target absenteeism rate will be based on the average rate of the employer’s workforce as a whole – this has been widely relied upon by employers as a fair and objective standard.

A recent decision of BC’s Court of Appeal threw employers’ use of that standard into doubt. The decision involved a claim by the CAW-Canada, against the Coast Mountain Bus Company, that the employer’s attendance management program was discriminatory.

This dispute produced a 25 day hearing spanning 14 months before an adjudicator, the result of which was appealed to BC’s Supreme Court and then to the Court of Appeal. The aspect of the complaint of most interest was the assertion that a discriminatory aspect of the program was Coast Mountain’s reliance on average employee attendance rates.

Coast Mountain’s attendance program comprised five phases including an informal interview, three formal interviews (a Level 1 interview, Review of Attendance Record and Formal Indication of Concern; a Level 2 interview, Indication of Advanced Concern & Request for Medical Assessment; and a Level 3 interview, Medical Assessment Follow-up) and an Employment Status Review. In the final phase, a review was conducted by management representatives and a decision was made whether or not to terminate the employee.

The evidence was that, once an employee was advanced to Level 3 of the program, and placed on attendance targets, those targets reflected the average absenteeism of the transit operator group. This occurred even in instances when the employer had information indicating that an employee’s disability may lead to elevated absence levels.

The Court of Appeal stated, “Employees with disabilities received adverse treatment when placed at Level 3 because they were advised that the Employer would consider it grounds for dismissal if their absenteeism level exceeded the average absenteeism rate for transit operators in either of the following two years.”

From the employer’s perspective, that conclusion is the crux of the problem. The reason why individual employees are placed in an attendance program to begin with is the fact that their record of absences exceeds the average of the workplace.

Measured fully, the average for the workplace takes into account the absenteeism records of all employees (including those with disabilities). It almost goes without saying that it gives employees with above-average absenteeism something to aim for.

But the Court of Appeal’s decision indicates that, for employees whose absenteeism arises from a disability, that average standard is discriminatory. It seems that attendance targets must be set which take into account the employee’s particular disabilities.

That approach seems, to me, to undermine the whole purpose of the attendance management program. It seems to me that this approach – of measuring the employee’s attendance based on his or her own circumstances – simply serves to entrench an unacceptably high rate of absences.

Either way, I think the already difficult task of the human resources professional just got tougher.