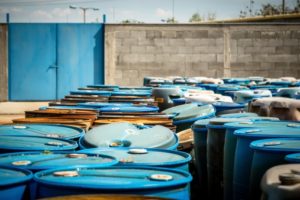 A company that operated a hazardous waste transfer station was issued an Environmental Protection Order on the grounds that it was improperly storing hazardous substances and waste dangerous goods in such a way that was causing or may cause an adverse effect on the environment. When it failed to comply with the Order, a court convicted the company and its sole director. They appealed, arguing that the trial judge erred in refusing to let them challenge the Order’s validity in their prosecution. The appeals court agreed and ordered a new trial. The environmental law under which the Order was issued doesn’t provide for an independent adjudicative tribunal or any review to balance public interests against individual rights. So the grounds of attack and avenues of review available to the defendants were limited. And given the severity of the penal consequences and the potential for criminal liability accruing to a director, the defendants should’ve been given a chance to challenge the validity of the underlying order in defence of the charge [R. v. Envirogun Ltd., [2016] SKQB 258 (CanLII), Aug. 8, 2016].