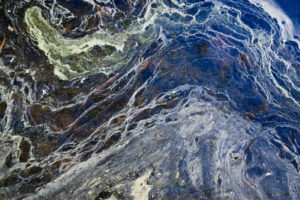 Approximately 9,000 litres of diesel fuel were spilled from HMCS St. John’s into Halifax Harbour while the vessel was at anchor, causing a large sheen on the water and a strong fuel smell in the surrounding area. Department of National Defence representatives reported the spill and tried to contain and recover the fuel over the next several days. The Department pleaded guilty to violating the Fisheries Act. It was fined $2,000 and ordered to pay $98,000 to the federal Environmental Damages Fund [Department of National Defence, Govt. News Release, April 20, 2016].