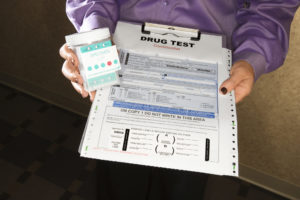 When an oil and gas company tried to impose a random drug and alcohol testing policy on its workers, the union challenged the policy. An arbitration panel sided with the union, finding that the harm to worker privacy rights from random testing outweighed the safety benefit to be gained and the imposition of random testing wasn’t justified because the company failed to show sufficient evidence of a problem with alcohol and drugs in its workplace. But on appeal, the Court of Queen’s Bench disagreed and ordered a new arbitration panel to rehear the case. The court said the panel had inappropriately raised the evidentiary threshold required to prove a workplace alcohol and drug problem from evidence of a general problem to evidence of a significant, extreme or serious problem. In addition, the panel had required the company to establish a causal link between alcohol and drug use, and safety incidents in the workplace. But the Irving decision, the leading case in this area, doesn’t impose a causal connection requirement. The court also criticized the panel for failing to consider all of the relevant evidence, such as the fact that the company had almost 250 positive tests since the introduction of for cause alcohol and drug testing in 2003, most of which were of union members. Thus, the panel’s decision was unreasonable, concluded the court [Suncor Energy Inc. v. Unifor Local 707A, [2016] ABQB 269 (CanLII), May 18, 2016].