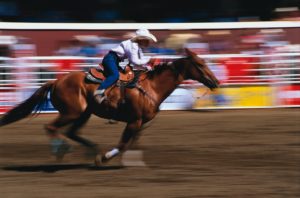 A software company rented a “calf roping” machine for a Stampede party it was hosting for clients. A worker who was operating the machine was hit in the head by a steel lever and died from his injuries. The company was acquitted of OHS charges but the Court of Queen’s Bench later convicted it, ruling that it hadn’t successfully proven that it exercised due diligence and that the preventative measures it adopted to respond to the hazard were adequate. The company appealed to Alberta’s highest court, the Court of Appeal, which recently heard arguments and reserved its decision. We’ll alert you when that decision has been released [June 13, 2013].