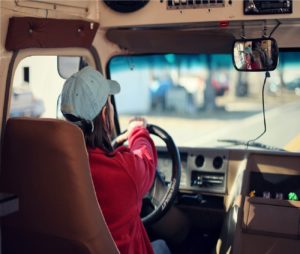 In 2013, when a double-decker bus and a passenger train collided, the train derailed and the bus was extensively damaged. Six people, including the bus driver, died and 34 passengers sustained injuries; no one was injured on the train. The subsequent TSB investigation concluded that the bus driver’s view of the crossing was obstructed and he was distracted by the perceived need to monitor the upper deck on a small screen. To address the major safety deficiencies identified, the TSB issued five recommendations that cover, among other things, the installation and use of in-vehicle video displays.