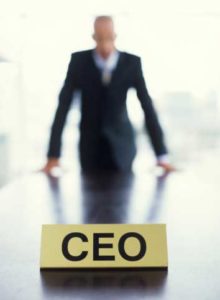 It’s official—the world’s economy is in a recession. As a result, budgets for all aspects of a company’s operations—including health and safety—are getting slashed. So it won’t be a surprise to most safety coordinators if their CEO tells them that they’ll have less money this year to ensure that the company protects its workers and complies with its OHS duties. But it might be a surprise if the CEO rationalizes this budget cut by claiming that it won’t compromise workplace safety because safety incidents actually decline in a recession.

Where in the world would a CEO get such a crazy idea? There’s actually some statistical evidence to support this position. Of course, those statistics are completely misleading. Still, CEOs are likely to grasp at this straw to justify budget cuts in the safety program. So to defend your safety budget, you need to be prepared to counter this argument.

We’ll show you how. We’ll explain the recession = safety myth and how to use a 2003 study by researchers from Tilburg University, The Netherlands, to debunk it.

The Argument that Recessions Reduce Incidents

The argument that fewer workplace incidents occur when the economy is in a recession isn’t a complete fabrication. It’s based on statistics, such as unemployment and workplace injury rates. The numbers do seem to provide evidence of a rough correlation between incident rates and macro-economic conditions. There are two apparent manifestations of this correlation:

Strong economy = higher incident rates. Statistics from industrialized nations around the world document that reported incidents actually increase in times of economic prosperity. For example, countries such as Denmark, France, Italy, Portugal and Spain all experienced higher incident rates when their national economies were strong.

The statistical evidence is hard to refute: Incident rates do seem to increase when the economy prospers and decrease when it struggles. The question is why?

The rise in incident rates during economic upswings seems illogical. After all, companies tend to spend more on health and safety when the economy is strong. One theory is that companies overwork their workers when times are good. Studies have concluded that because of increased demand for a company’s products or services, the company expects more effort from its workers. The increased pressure on workers to perform makes them sloppy and apt to cut safety corners. In addition, companies may need to hire additional workers to meet consumers’ demands. And new workers are more likely to be involved in safety incidents, especially if they’re inexperienced in that particular job or industry.

Logically, the argument could be made that the converse is true—that is, that workers work more slowly and safely when companies aren’t struggling to meet high consumer demand, thus reducing the number of safety incidents. But until 2003, no one had made a careful study of the statistics to determine whether this argument actually explains why incident rates decline when the economy dips.

That’s why the Tilburg study, which is based on data from 16 countries including Canada, is so important. The researchers’ hypothesis was that the apparent decreases in the number of safety incidents during economic downturns aren’t a result of safer workplaces or work practices but instead reflect workers’ reluctance to report safety incidents to their employers for fear of getting fired. In other words, incidents are still happening in recessions; they’re just not being reported by the workers involved.

To prove this theory, the researchers analyzed the unemployment rates and the number of workplace safety incidents from 1975 to 2000 in 16 countries in the Organisation for Economic Co-Operation and Development (OECD): Belgium, Canada, Denmark, Finland, France, Germany, Greece, Ireland, Italy, The Netherlands, Portugal, Spain, Sweden, Switzerland, the U.K. and the U.S. Although workplace safety incidents are common in all of these countries, there are differences in how each country defines “workplace incident.” For example, some countries count incidents that occur while commuting to work while others don’t consider such incidents as taking place “in the course of work.” There are also regulatory differences in the reporting requirements for workplace incidents. In addition, different countries have different unemployment benefit schemes, with some providing better benefits than others. The researchers took these differences into account when they analyzed the data.

Based on the analysis, the researchers concluded that there was a relationship between unemployment rates and the reporting of safety incidents. They found that for some countries, there was clearly an inverse relationship between the number of workplace incidents and unemployment. In other words, the higher the rate of unemployment, the lower the number of incidents that were actually reported. The researchers also concluded that whether workers report a safety incident seems to depend on two factors:

Likelihood of being fired. Workers will consider the likelihood of being fired before they report an incident. The perception is that reporting an incident is a blot on workers’ records, the study explains, making them more vulnerable to termination. When the economy is booming, a company is unlikely to get rid of workers simply because they reported safety incidents (although it may discipline such workers in another way). But when the economy is poor and companies are looking to lay off workers for financial reasons, reporting an incident may make a worker an attractive layoff target. Why? The company may conclude that workers who report incidents are more “accident-prone” than other workers. So if the company has to cut its workforce due to economic conditions, it’s more likely to let go those workers who have reported incidents than those who’ve never had a safety incident. Such concerns aren’t unique to recessions, of course. However, when national unemployment is high and the prospects of finding a new job are poor, workers’ fears of reprisals for reporting incidents sharply increase.

The explanation is the difference in workers’ reporting behaviour with respect to fatal and non-fatal injuries. Workers generally have a choice about whether or not to report non-fatal incidents. In fact, a company may not know about a non-fatal incident if workers don’t report it, especially if the incident was minor or a “near miss.” In contrast, workers don’t have a choice about reporting a workplace fatality. They know that the company will find out about it even if they don’t report it. Consequently, they don’t gain any advantage by failing to report the incident.

The argument that workplaces become safer of their own accord during a recession is full of flaws. But the theory has gained some traction and you need to understand how to attack it in case your CEO tries to use it to justify cutting your safety budget. That’s where the Tilburg study comes in handy. Yes, the number of reported incidents does tend to be lower when times are bad and higher when times are good—but not because a bad economy somehow improves safety. If recessions helped safety, the number of fatal injuries would trail off, too. The fact that they don’t suggest that something else is going on. In a tough economy, workers are simply too scared of being fired to report non-fatal safety incidents. The underreporting of safety incidents not only creates the false impression that your workplace is safe but also makes the workplace even more vulnerable to additional incidents. After all, if workers don’t report incidents, you may not be able to identify hazards and take the appropriate steps to address them.

Bottom line: Recessions aren’t good for workplace safety; rather, they actually negatively impact workplace safety by lulling everyone into thinking that the workplace has gotten safer when that’s not the case at all. So don’t let your CEO con you—or the rest of senior management—into believing that the current economy will actually benefit the workplace’s safety record and thus you don’t need as much money to run its OHS program.

“Are Recessions Good for Workplace Safety?” Boone and van Ours, Tilburg University, The Netherlands, Institute for the Study of Labor.