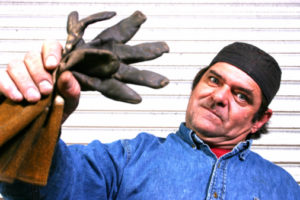 A worker got into a dispute with his supervisor and threatened to kill him, saying he’d get him outside of work. The disagreement continued outside the supervisor’s office, where the worker said in front of another supervisor that his supervisor was “going to have to pay for this man to man.” The supervisor called the police. And as a result of these threats, the employer fired the worker. the union filed a grievance. The worker denied making threats, didn’t apologize and showed no remorse. The arbitrator didn’t give credence to his denial give all of the facts, including a 3rd party witness. A threat to kill a co-worker is one of the most serious employment offences a worker can commit, said the arbitrator. And this worker had a history of prior incidents involving physical and verbal altercations with co-workers. He’d been warned about and disciplined for such conduct. Thus, his termination in these circumstances wasn’t excessive, concluded the arbitrator [Tolko Industries Ltd. v. United Steelworkers, Local 1-417 , [2014] CanLII 22238 (BC LA), April 23, 2014].