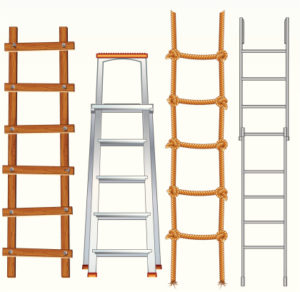 During an inspection, an officer saw that a company was using two non-commercially made portable wooden ladders that had cracked side rails. The officer issued a compliance order requiring the company to ensure that portable ladders met certain conditions and that any wooden ladders that were deemed “no good” were removed and replaced with new, commercial grade extension ladders. Instead, the company repaired the wood ladders and kept using them. But because the crack was still visible, the company was issued an administrative penalty. It appealed. The Board found that the cited requirements applied to both manufactured and wooden ladders. Despite the company’s good intentions in trying to reinforce the wooden ladder in a safe manner, the officer had determined that it didn’t comply and wanted it taken out of service. And as the wooden side rails were split, the ladder had to be taken out of service and not repaired. So the Board concluded that the officer’s order was reasonable and upheld the $1,000 administrative penalty [Arnoldin Form Work Ltd. (Re), [2016] NSLB 201 (CanLII), July 12, 2016].