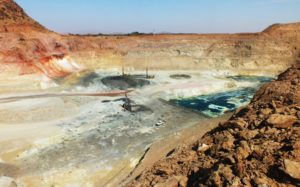 We live in a world where it’s common for companies based in one country to operate facilities in other countries. If workers at one of those facilities claim that their rights have been violated, where should they sue—in the country where the facility is located or the country where the parent company is based? A court in BC recently had to rule on whether foreign claimants may file a lawsuit in Canada against a BC company over allegations of human rights violations that occurred abroad. Here’s a look one aspect of the court’s 161 page decision.

What Happened: A BC mining company entered into a commercial venture with the state of Eritrea, which is located in East Africa, to develop the Bisha gold mine. The mine was built using forced labour, a form of slavery, obtained coercively and under threat of torture by the Eritrean government and its contracting arms. The three plaintiffs, who are refugees from Eritrea, sued the mining company for human rights violations under customary international law, and on their own behalf and as representatives of a class action on behalf of all Eritrean nationals, who were forced to work at the Bisha mine. None of the plaintiffs or prospective members of the class are residents of BC or Canada. The BC company denied the claims and asked the court to dismiss the lawsuits, arguing, among other things, that the lawsuit should’ve been filed in Eritrea.

What the Court Decided: The Supreme Court of BC ruled that the plaintiffs’ cases could go forward in BC.

The Court’s Reasoning: The company argued that the courts of Eritrea are a more appropriate forum because that jurisdiction has the closest connection with the case and the parties. But the BC court explained that it has presumptive jurisdiction over the case because the defendant is a BC company. In deciding whether a court outside of BC is the more appropriate forum, the court must consider various factors, including:

Although the judge didn’t make any determinations as to the underlying substantive claims, he did find that there was “sufficient cogent evidence from which I can conclude that there is a real risk that the plaintiffs could not be provided with justice in Eritrea.” For example, it’s unclear whether the plaintiffs could even return to Eritrea without being treated as traitors. Also, although the bulk of evidence and witnesses are located in Eritrea, with proper trial management and the cooperation of the parties, the case can be tailored to best serve the parties and the interests of justice, said the court. In addition, there will undoubtedly be various proceedings in any event, with enforcement of any judgment likely to be problematic—regardless of where this case is heard. (Read this discussion of a Supreme Court of Canada decision on enforcement of a judgment in Ontario against Chevron Canada by a court in Ecuador regarding environmental damage to the Amazon caused by a company owned by Chevron.) So the court concluded that the company had failed to establish that it would be fairer and more efficient for this case to be heard in Eritrea [Araya v. Nevsun Resources Ltd., [2016] BCSC 1856, Oct. 6, 2016].

Court systems are designed to prevent so-called “forum shopping,” that is, plaintiffs hunting around for the court in which they’re most likely to win and/or recover substantial damages. But the plaintiffs in the Araya case really had only two choices of forum: BC or Eritrea. They selected BC not only because it’s where the mining company is located and where they claim certain corporate decisions were made that adversely affected them but also because their allegations accuse the Eritrean government—which operates the court system—of horrible acts and violations. Moreover, there are serious questions as to the state and impartiality of the Eritrean court system. As the BC court explained, the Canadian approach isn’t focussed on whether Canada’s legal system is fairer and more efficient than the foreign forum, but whether the foreign legal system is capable of providing justice. Ultimately, the BC court concluded that the Eritrean court system wasn’t capable of providing justice in this case.